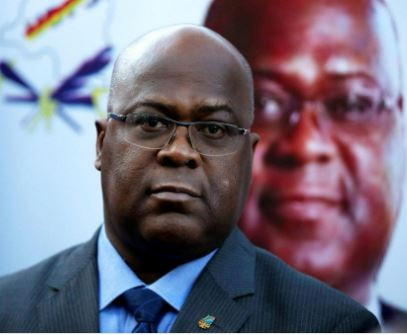 The provisional result puts him ahead of rival opposition candidate Martin Fayulu who has denounced it as a fraud. France has also questioned the outcome.

If confirmed, Felix Tshisekedi will be the first opposition challenger to win since the DR Congo gained independence. Current President Joseph Kabila is stepping down after 18 years in office.

DR Congo is a country the size of Western Europe and Kabila had promised its first orderly transfer of power since independence from Belgium in 1960. The election outcome was initially expected to be announced on Sunday. However, the interim result can still be challenge