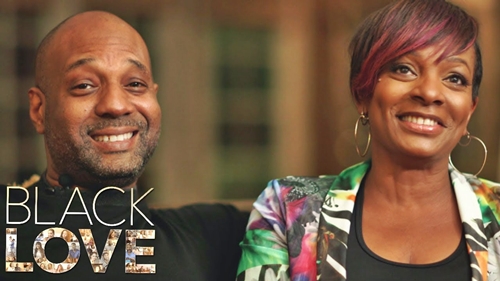 Oprah Winfrey Network is set to premiere the four episode docu-series, “Black Love,” on Tuesday, August 29, which highlights love stories from the Black community and seeks to answer the burning question.

Multi-millionaire American media entrepreneur and actress, Oprah Winfrey’s Network (OWN), has announced the launch of its new docu-series titled “Black Love“.
The show, which is set to premiere on the 29th of August, highlights love stories from the Black community and seeks to answer this burning question, “What is the secret to making a marriage work?”.
The docu-series shares honest, emotional and sometimes cringe-worthy but always-true love stories.
Featured couples include Oscar-winner, Viola Davis and husband Julius Tennon, Meagan Good and DeVon Franklin, Tia Mowry and husband/actor Cory Hardrict, gospel singer Erica Campbell and husband/music producer Warryn Campbell, and many additional black power couples.
This August, these real couples open up about the highs and lows of love, relationships, and marriage in OWN’s new show.
Watch an extended look at the first episode of Black Love with this exclusive clip below;
Oprah Winfrey’s New Docu-Series “Black Love” Shows the Secret to Making a Marriage Work (Watch) was last modified: August 8th, 2017 by Arinze Ago