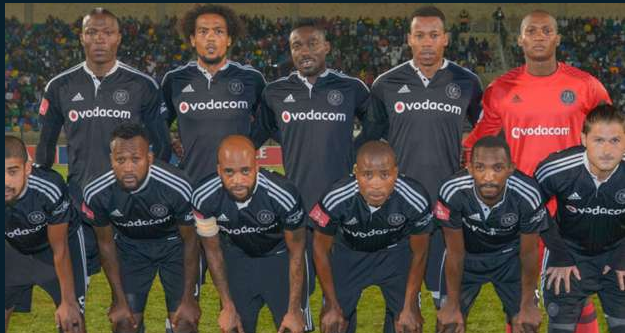 Despite being linked with a move to Mamelodi Sundowns, the 22-year-old Nigeria international joins the Buccaneers who finished 11th in the South African top-flight last season.

”Orlando Pirates Football Club would like to confirm the signing of Christian Obiozor,’’ the club announced on their website.

The Club would like to announce our latest signing. Nigerian striker, Christian Obiozor, joins the Bucs camp. #WelcomeObiozor #OnceAlways pic.twitter.com/qvGCWnuzmP

”The 22-year-old joins to bolster the Buccaneers frontline ahead of the start of the 2017/18 season. Obiozor who hails from Emene in Nigeria played for the likes of Kano Pillars and more recently, two-time CAF Champions League winners Enyimba.’’

The powerful striker was part of Nigeria squad who finished third at the African Nations Championship staged in South Africa in 2014. His 85th-minute goal handed the Super Eagles victory against Zimbabwe in the third-place encounter.

Popular Actor, Yul Edochie Running In the Next Governorship Election of Anambra State?