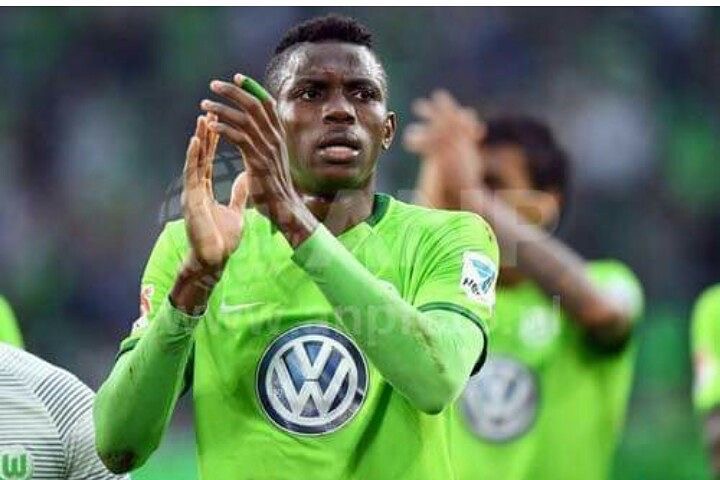 Nigeria international, Victor Osimhen is excited after hitting a brace that helped Wolfsburg demolish Regionalliga Nord’s side Hildesheim in a Friendly game.
Andries Jonker’s men whitewashed Friedrich-Ebert-Stadion side 6-0 margin on Monday.
Cameroonian-born French footballer, Paul-Georges Ntep registered the first goal for Wolves before the former Golden Eaglets star doubled the lead a minute before the half-hour mark and Nany Landry Dimata took the game beyond their guests with a well-taken shot that found its way into the net.

Robin Ziegele added his goal to the tally and an inconsistency at the back-line of Block’s side gave way to an own goal.
Osimhen completed his brace in the 87th minutes of the encounter and the attacker will be looking forward to continuing his impressive form when Wolfsburg kick-start their campaign against Borussia Dortmund in the Bundesliga on August 19.

SEE ALSO: BUFFON, MESSI, RONALDO, OTHERS SET FOR UEFA PLAYER OF THE YEAR AWARD ON AUGUST 24