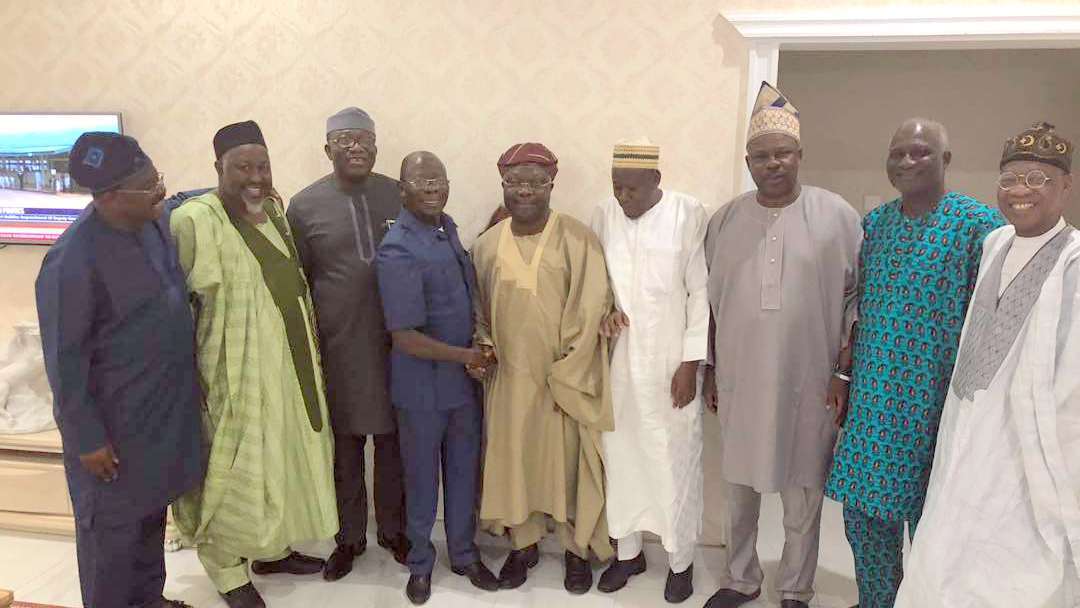 The candidate of the Social Democratic Party, Iyiola Omisore, has asked his supporters to vote for the All Progressives Congress (APC) in Thursday’s supplementary election in Osun State.

Mr Omisore stated this when he addressed journalists on Wednesday afternoon in Ile-Ife, Osun State.

Mr Omisore, who came third in the main election held on Saturday, has been courted by both the APC and the Peoples Democratic Party.

Mr Omisore whose party, SDP, came third in the governorship election, stands no chance of being elected governor after Thursday’s supplementary poll.

The supplementary election was declared on Sunday after the electoral commission, INEC, declared the governorship election inconclusive. INEC said the margin between the two leading parties, PDP and APC, is less than the number of cancelled votes (3,498) in the seven polling units.

The supplementary election holds in the seven polling units were elections were cancelled. 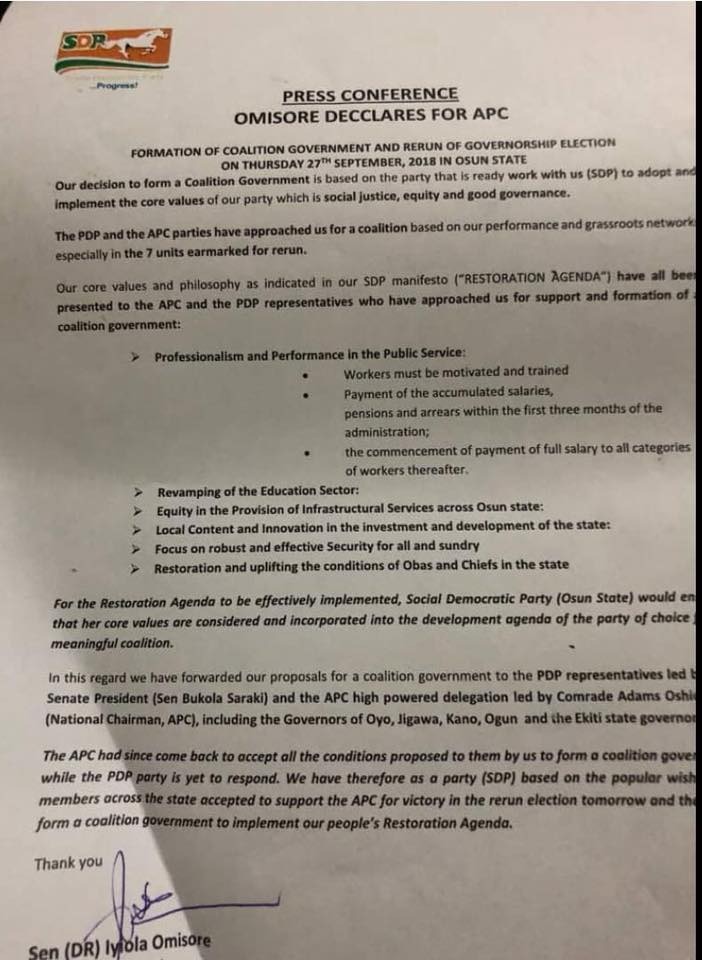