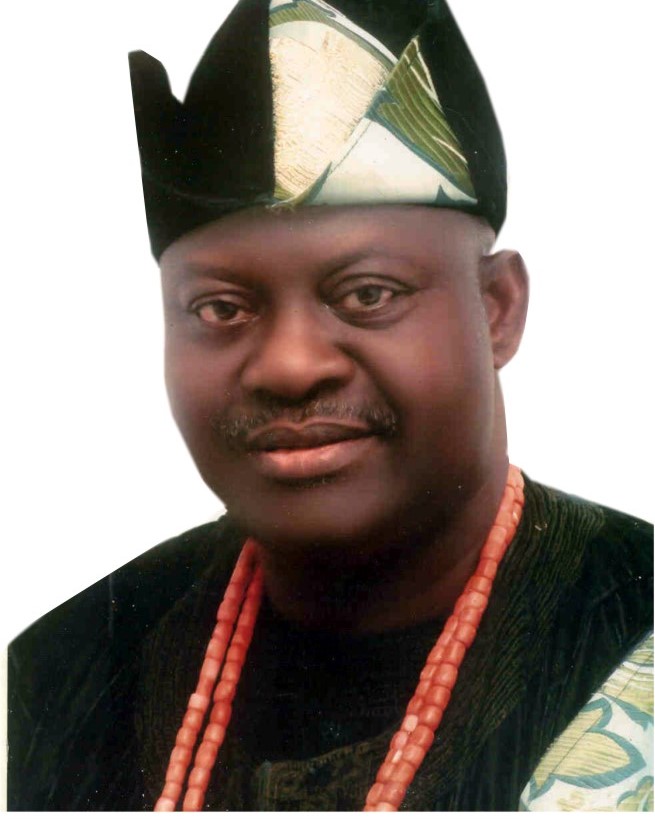 •The Story Of The IJEBU Construction Giant!

Otunba Fatai Arowolo is a big name in Ijebuland. He is from Ijebu-Ode and one of Awujale’s Otunba. He is also a Muslim leader of note in that society. He is a Construction magnate and sits atop a 35-year-old company called ARON Construction, which he co-runs with Sir Francis Olatunji Onipede.

The big news is that the soft-spoken businessman will be 70 next month. And he is planning a big party to mark it in Ijebu-Ode. Already, a committee of friends has begun a meeting. Let’s tell you a bit about him.

He is from the Fusengbuwa Ruling House. He is also Otunba Afolajoye & Afolashadini of Ijebu- Ode Central Mosque. He has proved himself a typical progressive Ijebuman, who adores his people. Engr. Abdul- Fatai Olusegun Motolani Arowolo was born in Ijebu- Ode, Ogun State on 20th June 1949. His father was a celebrated business magnate-cum-Islamic Scholar, the late Alhaji Imam M.S. Arowolo of Ijasi Quarters, whose mother was a Princess from the Jadiara lineage of the Fusengbuwa Ruling House. His late mother, Madam Sauli O. Arowolo, was also a princess from the Royal Keregbetu and Bale Families of Idepo Quarters all in Ijebu- Ode.

Though born into an upper-middle-class family, he had a very disciplined upbringing as any average child of his time. He started his academic career at Ansar-Ud-Deen School, Ijebu Ode, and that was to blossom at the reputable Ijebu Muslim College, Ijebu-Ode, where he had his Secondary education. Abdul Fatai was an outstanding student in his class and exceptionally brilliant in the Sciences, especially Mathematics and Technical Drawing. He was much sought after by his mates, whom he taught the subjects privately after school hours. The efforts earned him the soubriquet “Iwin Elewele” (a genius of a sort, a wonder- boy). At weekends, he and his siblings used to help out at their father’s shop in assembling Raleigh brand of bicycles and Vono beds. Their father was the first African Sole Agent of the above-named firms in Ijebu- Ode at the time.

The bicycles and beds were normally delivered to the store in completely knocked-down (CKT) packages and had to be manually assembled before being displayed for sale. He enjoyed the love and care of both parents and that of the entire family at large. But that was to change significantly in August 1969, when his mother died during a brief illness. He was just 20 years old. He girded his loins and was determined to actualise his dreams and aspirations. He was sufficiently focused that when he sat for his West African School Certificate Examinations in 1969, he passed in flying colours Grade I (Distinction).

In that year, he was the only student from the school who passed the Technical Drawing papers with distinction and one of the very few in the whole country, who made that grade, a fact revealed to him years later by the examiner who set the questions for West African Examination Council that year and who later became one of his Professors at the Faculty of Engineering, University of Lagos).

For his outstanding results, Ijebu Muslim College offered him a full scholarship. His G.C.E. Advanced Level results were equally outstanding as he passed all subjects with distinction. The renowned educationist and principal of the school, at the time, the late Alhaji Ambaliu O. Sanni, who was not given to flattery, almost ran short of words in his attestations to the young Fatai’s exceptional leadership traits, scholarship and promise. In appreciation, he was offered employment by the school to teach Mathematics from January to August 1971, while awaiting admission into the university for the 1971- 72 Academic Session. For his University Education, he enrolled at the prestigious Faculty of Engineering of the University of Lagos (then parading renowned scholars such as the Late Prof. Awojobi, Dr Soboyejo etc.) to read Mechanical Engineering. At Unilag, he continued on his brilliant streak. His performance at the highly competitive first-year examinations was considered a- feat by the lecturers for a student from one of those “provincial” schools and not the elitist Government Colleges! The result earned him the Van Leer Scholarship Award for his course of study from 1972 to 1975 when he graduated with Bsc. (Hons.) in Mechanical Engineering. After his National Youth Service (NYSC) scheme in 1976, he joined Soboyejo Associates, a firm of Chartered Engineers and Consultants as a Pupil Engineer. By the time he was leaving in 1985, he had risen to the position of Executive Director with responsibilities of coordinating the company’s various projects across the country.

At a point, he was stationed in Zaria and was directly supervising all the company’s projects in the Northern States of Nigeria. In 1984, he teamed up with a close friend and professional colleague, Engr. (now sir) Francis Olatunji Onipede, to co-found ARO NIGERIA LIMITED an Engineering Construction Firm, which had from inception, carved a niche for itself in the Nigeria Construction Industry. The company has undertaken various challenging and prestigious construction projects in the South-Western Zone of Nigeria and the Federal Capital Territory, Abuja. Engr. Arowolo attended post-graduate professional courses, which took him to different parts of the world. These included a course of study on “Heating & Refrigeration” at the headquarters of CARRIER (the air- conditioning giant) in Syracuse, New York, USA; and another one on “Fluid Mechanics” (organised by ITT, Bell and Gossette) at Chicago, Illinois, USA in 1977. He is a Corporate Member of Nigerian Society of Engineers and a COREN registered Engineer.

When the duo of Engr. (Sir) Francis Onipede and Otunba Engr. Fatai Arowolo met about 30 years ago, hardly could anyone believe that their relationship would last this long. The relationship that started during their time at Soboyejo Associates has turned out to become a celebrated, frontrunner and fast-growing engineering company, ARON, today. The duo has been together since then, and the relationship is waxing stronger day in and day out. It is a proof of an adage that says: “What God has joined together, no matter the traditional beliefs religious differences, or cultural dichotomy can separate them, as they have become an “artificial twin brothers”.

They are inseparable. One question that always comes to mind and lips of everyone is how on earth an Egba man and Ijebu man be so close to this extent? The answer is not far to reach. The relationship of the duo to dates back to when they were together at Soboyejo & Co., an engineering firm, where they both, excelled to become Directors. Funny enough, the formation of ARON Construction, which is the acronym of their first names (AROWOLO & ONIPEDE) came as a surprise and what many people believed then was that, in no time, the end of the joint firm would come. Since 1984, when the idea was mooted, and the journey began, the relationship has been so cordial and continuously waxing stronger on a daily basis. Considering the religious differences between the 2 big Engineers, they are best of friends as they have become one blood and one body.