Home News Otunba SUBOMI BALOGUN Unhappy With Ugly Rumours About Wanting His Son, LADI, To Be The Next AWUJALE
News 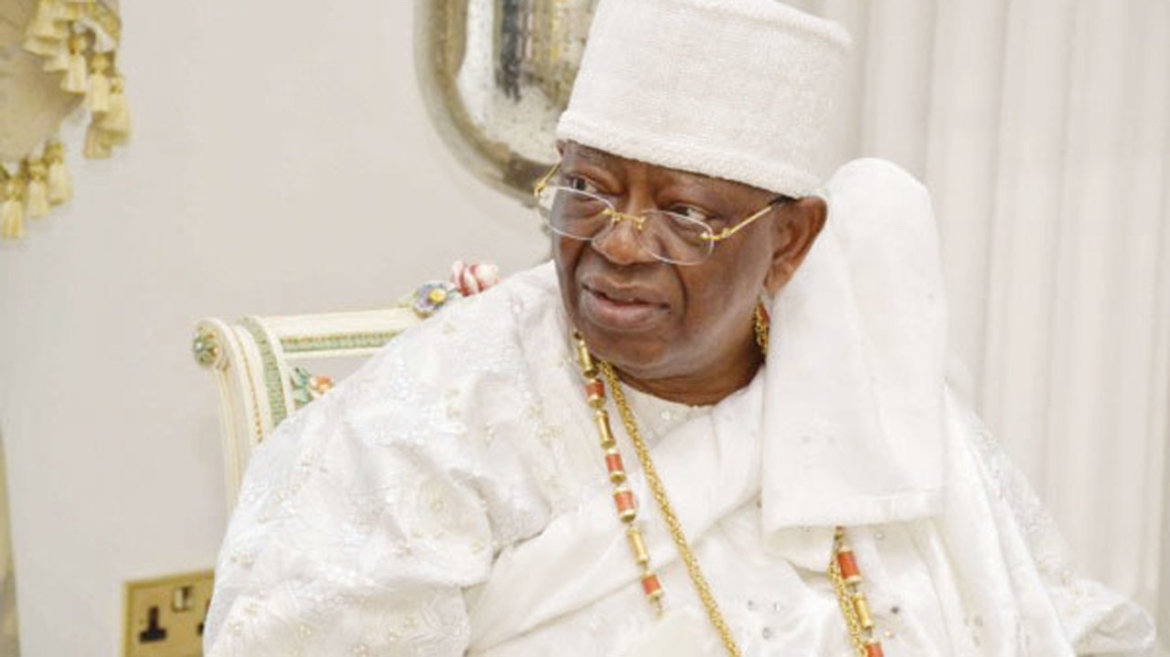 Right now, Otunba Balogun who is the founder of FCMB is unhappy about the rumours recently making the rounds that he wants his son, Ladi to be the next Awujale of Ijebuland.

A few weeks ago he denied the claim which has been trending in the social media.  Balogun denied the reports that he is preparing his son, Ladi, as the next Awujale of Ijebuland!

Balogun, who is also the head of Fusengbuwa family, one of the ruling houses in Ijebuland, said his son is too busy running his business.

Ladi Balogun, is the Group Chief Executive Officer of the FCMB. All of these is in reaction to Awujale and Paramount Ruler of Ijebuland, Oba Sikiru Adetona, warning kingmakers at the 2019 Ojude-Oba Festival not to politicise the selection of his succesor or allow moneybags to hijack the process.

Oba Adetona’s comment has reportedly sparked a debate over who becomes his successor.

Otunba Subomi, in a recent statement by his media aide, Oluwaseun Oduneye, said he was not happy with the reports.

According to him, it is ungodly and forbidden in Yorubaland to be scheming to succeed a reigning king.

He said, “I am most disappointed with the writers and those that are fuelling the rumour that I am plotting to make my son-Oladipupo Balogun-who is handling the affairs of my business-to-be the next Awujale of Ijebuland, while the Alaiyeluwa is still very much alive.

“We all know that the Awujale, Oba Adetona, and I are friends, both of us are till alive. If the Awujale could make a pronouncement, does that mean that they should use my name to sell their stories?

“I happen to be the Olori Omoba, and providence had placed me in a situation in which everybody will expect me to be close to the Awujale and be supportive of whatever he is doing because of our culture and tradition.

“Secondly, people know me as a very senior member of royalty in Ijebuland. Apart from being the Olori Omoba, I am the Olori Ebi of one of the largest ruling houses in Ijebuland. So I can confirm that such reports are baseless, mischievous, outright falsehood and should be treated as such by the public.”

A close source to Otunba Balogun who is currently abroad told City People last week that this is not true. As far back as 2016 when the rumour first reared its head, Otunba Balogun denied it publicly. It was in 2016. The Funsegbuwa Ruling House which comprises descendants of Jadiara. Fusengbuwa, Tunwase and Bibuade gathered at Oba Adesinbo Tuwase Museum and Hall, Ijebu-Ode for their yearly meeting of Royal Families. The second edition of the meeting took place on the 30th of December, 2016 and the turn out was impressive with over hundred members of the families in attendance.

In the Welcome address, Olori Omoba Otunba Micheal Olasubomi Balogun mentioned reasons why a Museum was built to establish a credible and authentic history. The ruling house is the largest and almost 60% of Ijebu-People are said to have come from the Royal-House. He said there are wide and unverified memberships among a lot of people who made false claims about their relationship to Fusegbuwa Royal Family.

In his mild reaction towards a wild rumour going around the town that Otunba Tunwase wanted to impose one of his sons to succeed the Awujale throne, he announced to all and sundry that he had no intention of imposing any of his sons on the throne. “My sons are westernized Ijebu that can not speak Yoruba fluently talk less of Ijebu dialect. Neither I nor any of my sons are interested in Awujale’s succession.

“Omo-Obinrin ni mi”. My maternal grandmother was the daughter of Oba Tunwase. Olori Omoba said “nobody knows tomorrow and those who are going about the succession to Awujale’s stool may not out-live the reigning Awujale. We don’t need to talk about next Awujale because the current one by the grace of God is still strong and healthy. He can out-live some of those rumour-mongers; who have nothing to do than to create a crisis in the ruling houses” the Asiwaju of Ijebu Christian said.

READ ALSO: WHY I AM SETTING UP YINKA QUADRI SCHOOL OF ARTS

Otunba SUBOMI BALOGUN Unhappy With Ugly Rumours About Wanting His Son, LADI, To Be The Next AWUJALE was last modified: September 2nd, 2019 by City People