Home News Our 20 Yrs In Secular Music Was A Waste – Gospel Stars, The Mamuzee Twins
News 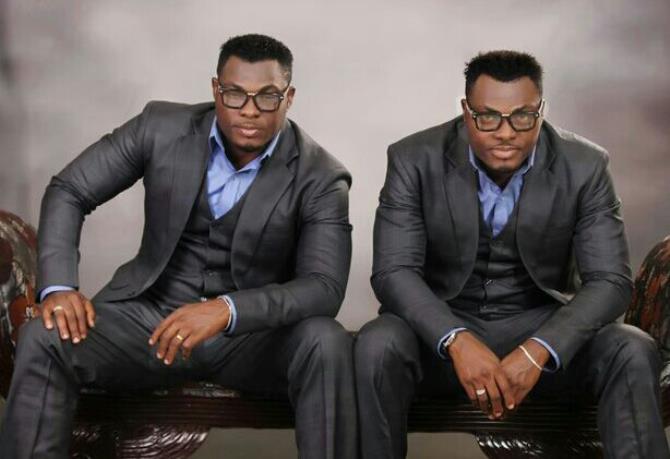 A few weeks back, the duo of AAntonioAkpos and Andrew Andos Dixon, popularly known Mamuzee Twins, were at Bevent Event Centre, Airport Hotel, Ikeja-Lagos where Kenny and Taiwo Jones had their annual event, God Heal Our Land.

Akpos and Andos Dixon are twin brothers born in Accra Ghana but they are from Bayelsa State in Nigeria. The singing duo, Mamuzee Twins are of the talented music acts in the music industry. They spent 20 years as secular artistes before they transpose to gospel. It’s about 5 months now as gospel artistes and they have recorded a lot of success. The duo spoke to City People ISAAC ABIMBADE, on their new trade and why they have to move away from the secular to Gospel music.

Can you share some of the things/stories you have had as secular artistes?

As a secular artiste, we didn’t have any scandal; it was clean all through. But the moment we decided to move into gospel music, temptation started coming from everywhere even from my own home but God has been amazingly faithful. I can’t comprehend that.

How long did you spend in the secular as a musician and what has been your achievement?

For 20 years, we have achieved a lot. If I can be honest with you and this is not a beef on any gospel artiste as a secular artiste, you make more money than gospel artistes but God is amazing. The bible says, God is the owner of life and death. He giveth the secret to make wealth and that’s what most people don’t understand and because we don’t understand the misery behind God, that’s why most gospel artistes don’t make money. So, when we wanted to transpose from secular to gospel, all my colleagues were against it.

I had a lot of calls telling me all sort of things. Someone even tweeted that, Mamuzee, we know you make so much money as a Secular artiste. You have travelled round the world, you have built houses, you bought different types of cars and all that.

Are you sure you can make the same money as gospel artistes?

And I said look! Who is the owner of money? The bible says that, money is a defense, that He would prepare you ahead. And I think God has been amazing!

Let me tell you this, all my life as a secular artistes, to build a house took us like 2 years but as gospel artistes, by May 2nd this year when we released the first single track, we already have a house; a house we built for our mum. And that’s how grace works.

What God did is that, He showed us the other side of life. He knew we are going to be stubborn but every time we were on stage singing for the multinational companies or the rich people in this country, there was always something missing! I can tell you that my brother and I feel happy and fulfilled now.

Can you repeat some of the stories you shared on stage. What it took you to leave the secular music to the gospel?

When we were doing the secular songs, I did a song in America, we shot the video, we featured Teckno in the video. It was a beautiful video, shot in London, worth 46,000 pound; one of the best video ever.

We were dressed like gladiators in the video, spent  money on customs and all that but guess what? No marketer subscribed to it!. They would love it, they would say send your account number and that’s the end. I gave it to a radio station but the radio station was only playing the instrumental of the song and that’s how bad. The instrumental was so good that artistes were calling me to tell me, Mamuzee let’s do something on this beat.

But God said, Mamuzee I will kill you if you don’t worship me. Infact, it was bad that He had to lock all our finances. No kobo was coming in from anywhere.

When did you first get a message to sing for God?

What took you so long and what have you done to resist?

We have tried everything. Do you know when you have a property, you want to sell but nobody buys.

When did you finally accept to sing gospel?

May 2nd this year. Every May 1st,  we like to do fasting and prayers because we always fast into our birthdays. So we fasted. By 12am, when we wanted to pray, my twin brother was praying and he started crying. Usually when we have the same dream is dangerous. I had already dreamt that God said  He was going to kill us. He (My Brother) started praying and saying please God, we have heard you, we will do like you said.

Our wives are our witnesses to this testimony. I was sweating when I got up. That was how we decided and said that, that gospel song we did that has been in the “Cooler’, let’s try it. Immediately we put it on the internet, it had thousands of downloads. The songs is called “No argument”.

There was a pastor who invited us to church to sing. He did a billboard. He puts us with some other artistes on the billboard. Gospel artistes that are already established were upset that why would he put us together. They said,  “no be May 2nd they from secular come join Gospel”? Why will you put us on the billboard? The pastor now asked me what he should do to the billboard but we told the Pastor to do as he wishes, so the pastor brought the billboard down but guess what? On the day of the ministration, when other artistes have had their singings and it was our time to sing, God came down!

It took us less than two months when we started gospel to build a house for our mum.

I had known that God is the God of speed. All the years as a secular artiste was a waste. Have seen the both sides. I came from the secular world, I know what’s involved. Knowing and singing for God is the best thing that has ever happened to my music twins. Those days we used to count millions but we can’t say this is what we own or this is what we have. We have the best of Bentleys. Some of us we used all our money to buy cars but guess what? Some don’t have a house of their own but go and check all the gospel artistes, they have their houses, cars and beautiful families and that is God’s grace. What I’m saying is that, the fulfillment we have now is amazing. Now I sing with passion. I sing with the authority, knowing that I’m singing for the one who created me.

I went to a church to minister and the man of God asked what is your problem, I said house and it was done. That is God!. There was a time we went to sing and we were calling Taxify and the pastor was like come now, I have a surprise for you and he gave us a brand new car. I don’t sweat anymore.

I can also tell you that, the temptation you face from ladies as a secular artiste is something else. I can authoritatively tell you that there’s no secular artiste “ wey he no get pigkin outside”. They have dozens of kids outside but as gospel artiste, grace speaks for us.  In those days, girls used to send their nude to us but now, girls call me to pray for them.

Our 20 Yrs In Secular Music Was A Waste – Gospel Stars, The Mamuzee Twins was last modified: November 6th, 2018 by Isaac Abimbade