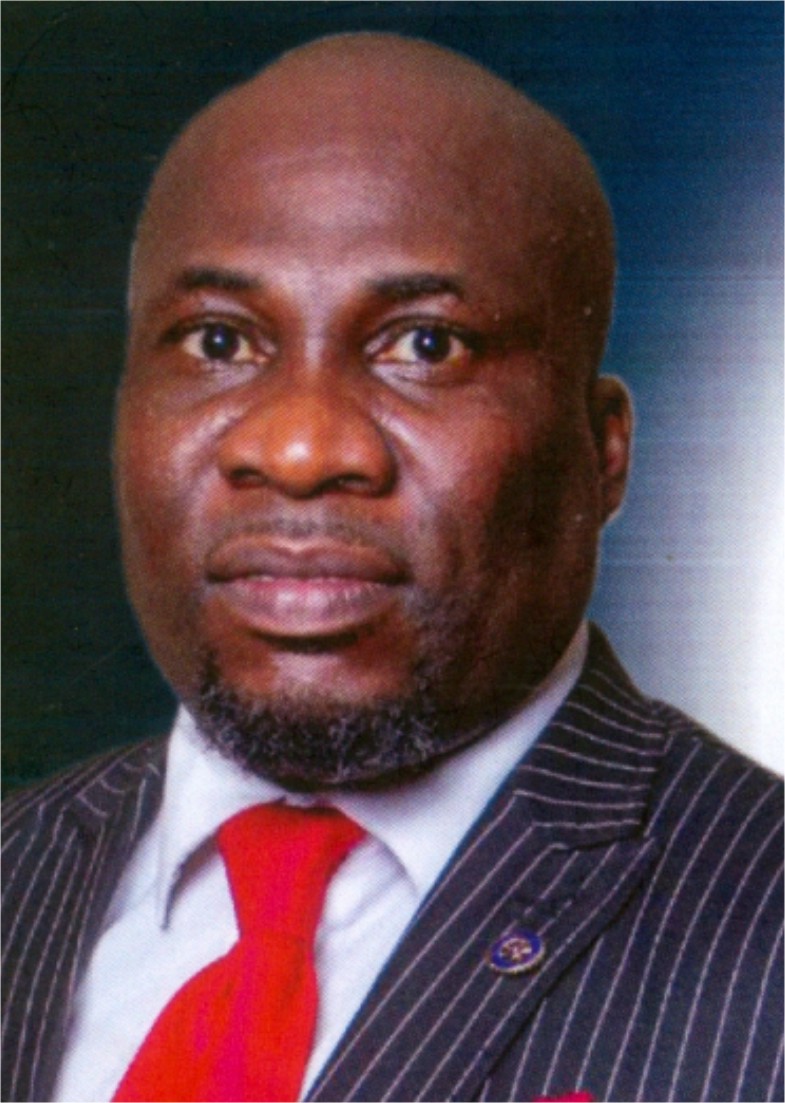 Sunday, 10th November, 2019 was all about the ace Journalist, Micheal Effiong James, as he celebrated his 50th birthday and his installation as the 33rd President of Ikeja Rotary club South District 9110, plus the induction of 2019-20 board and launch of service projects. And the 2-in-1 event took place at the prestigious Sheraton Hotels, Ikeja, Lagos.

To say the event was grand, is like stating the obvious, because it paraded the creme-de-la-creame of the society. It was a gathering of high-profile personalities, respected Kings in Yorubaland, top media guru (both print and electronic), Captain of Industries, government executives, celebrities and many others.

Popular Master of Ceremony, TEE-A, handled the event from the start to the end. With Tee A, you can be sure of good outing whenever he’s in charge of an event. Shortly after he announced himself as the MC, he asked everyone to say the National Anthem which was done to officially declare the event open.

It was followed by the grand entry of the celebrator, his lovely wife, and members of Ikeja South Rotary Club district 9110. Some of them are the council past Presidents and top executives.

WHAT YOU DON’T KNOW ABOUT MICHEAL EFFIONG JAMES

He’s a reporter per excellence, he has spent over 20 years in celebrity reporting.

He has worked in several media organisations before he joined Encomium, and from there to Ovation International Magazine, where he has been editor ever since. He oversees day-to-day running of the publication, which has multiple operations across the world.

So, it was a thing of joy for him to combine his 50th birthday celebration and of his installation as the 33rd President Rotary Club, Ikeja South District.

THE OUTGOING PRESIDENT SAYS GOOD THINGS ABOUT THE CELEBRATOR

Rtn. Yinka Adeosun was the out-going President Rotary club Ikeja South. He said, he felt so delighted welcoming the new President to the ‘high’ table, which he would be occupy soon. He also said many good things about the celebrator. In his speech, he enlisted some of his executive programmes and achievements, while he was at the helm of affairs. He also said, it’s worth of note that Rotary Club of Ikeja South rounded off the year, winning Rotary Citation with Platinum Distinction and also emerged 2rd best overall club among all 100 clubs in District 9110 in per capital Annual Fund giving to the Rotary Foundation of Rotary International in 2018-2019 Rotary Year.

Oba Elegushi is a honorary member and also a major donor to the Rotary foundation.

He came there along with his council of chiefs.

While his counterpart, HRM Oba Abolarin, was one of the early comers and his presence also contributed to the positive outcome of the event.

WHAT ABOUT RICH AND HIGH PROFILE PERSONALITIES ON THE HEAD-TABLE?

They include: Florence Ita Giwa, Oba Adedokun Abolarin, celebrator and wife, Mr. and Mrs. Seni Adetu, Dr Olorogun Sonny Kuku, The Rev. Esther Ajayi and Husband, HRM Oba Saheed Ademola, Rtn Yinka Adeosun and wife, Rtn. Remi Bello. The list shows how classy and organised the event was. It was, indeed, an array of big personalities who didn’t just come to witness the celebration of James’ 50th birthday and his installation as the new President, but also immensely contributed for the donation of his project as President, Rotary Club Ikeja South.

THE INSTALLATION COMMITTEE FULLY ON GROUND

WHAT ROTARY CLUB STANDS FOR

Rtn. Julius Nwokoro, read the primary focus and objective of Rotary club, which include: The development of acquaintance as an opportunity for service. High ethical standards in business and professions. The application of ideal service in every Rotarian’s personal, business and community. The advancement of business and professional persons united in the ideal of service.

Shortly after this, the past President, who also doubles as the Chairman, Installation Committee, PP Azuh Arinze, gave his welcome address. In it, he congratulated the celebrator, who is also his bosom friend, Rtn Micheal Effiong James. He also urged every guest to support him with donations for his new project, as the President of Rotary Club Ikeja South.

It was a big moment people were waiting for; the moment the baton of leadership was passed to the new person.

Rtn Micheal Effiong was called on stage. The District Governor Rtn Remi Bello, the past President, the outgoing President, Oba Elegushi, were called on stage to jointly hand over the baton to the new President. The handing over was done by the outgoing President, Rtn Yinka Adeosun. According to him: ‘By the power conferred on me as the President of this prestigious club, and in accordance with our constitution, I hereby pass the baton of leadership to Rtn. Micheal Effiong James.

You don’t have to be told that the new President of the club was overwhelmed with joy and excitement, as he delivered his acceptance speech.

In his speech, he thanked everyone who came to honour him. He said he would be doing alot of projects, but pointed out the most important ones he would quickly address, which is the refurbishment of Temidire Community Primary School. He then asked everyone to watch the documentary of the school’s building which he intends to renovate.

Bashorun Dele Momodu is the Publisher of Ovation and he said alot about the celebrator, who is also an editor, Ovation Media Group.

According to Bashorun, Rtn. Micheal Effiong is a trusted and reliable man, adding that he is brain behind the success of Ovation. “A successful leader without a successor is a useless leader”, he said.

When it was time to donate, The Rev Esther Ajayi, who came in company of her husband, The Rev. Muyiwa Ajayi, promised to handledone of the biggest building projects at Temidire Community Primary school.

One of the most travelled bands in Nigeria is Shuga band. He performs majorly at ‘A’-list events. He is one of the most sought-after singers in Nigeria today. He was at his best in the night, as he made sure every guest enjoyed their coming.

Otunba Seni Adetu is a former Guinness GMD and MD Coca-Cola and many others.

He was the guest speaker and he gave a good account of himself, as he listed 6 qualities that a successful leader must adopt. The list was to encourage the new President of Rotary Club Ikeja South.

It was also a day he and his wife were celebrating their 29th wedding anniversary. And he was highly delighted to share the day with Rtn Micheal Effiong.