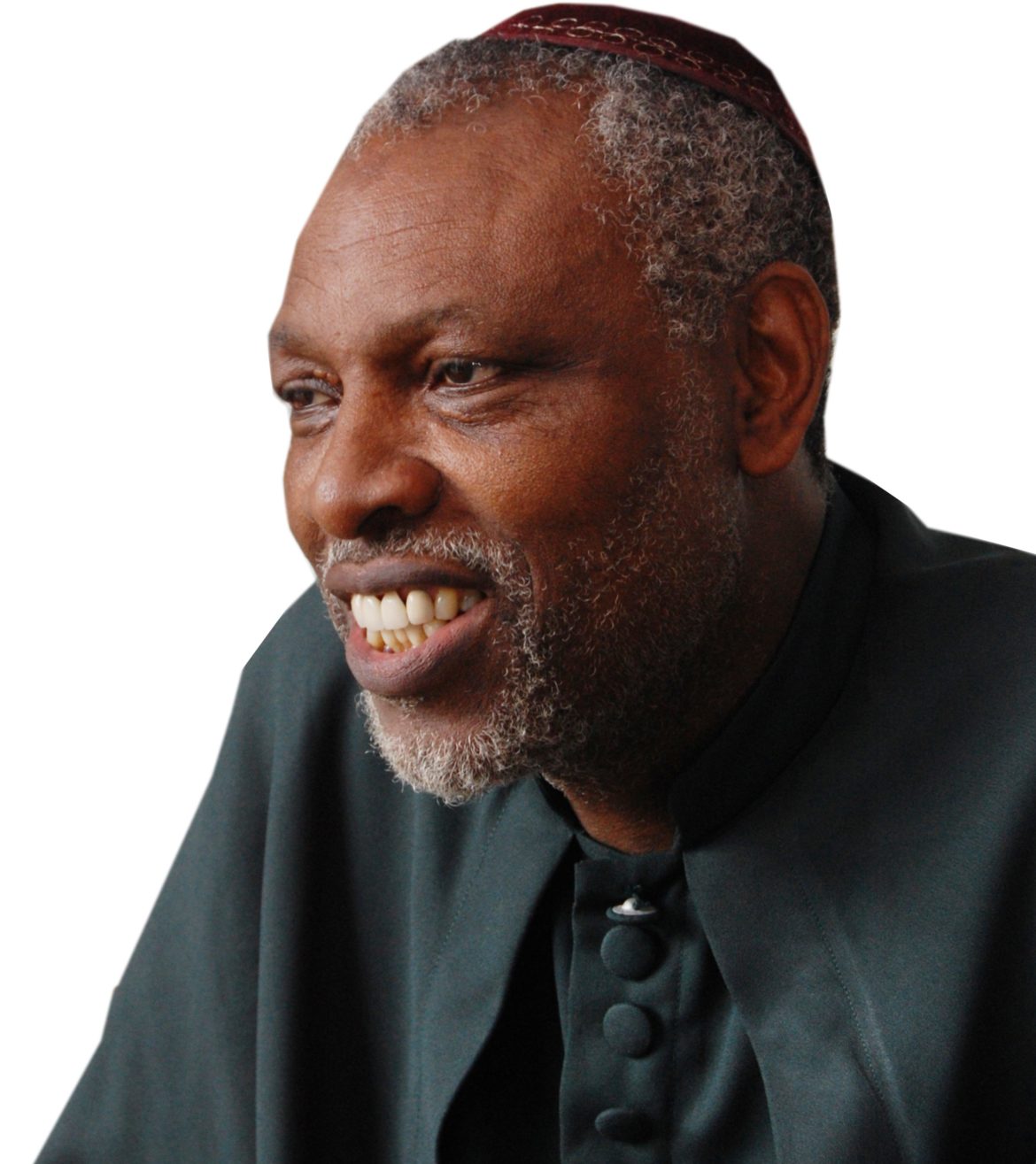 On Thursday 22nd August 2019, the 2019 Tabieorar Celebration will hold at KM 60, Lagos-Ibadan Expressway, Ogere Remo, in Ogun State. The 83rd Tabieorar Anniversary is the annual gathering of the Church Of The Lord Worldwide Ministering at the celebration will be His Holiness, The Most Rev. Dr. Rufus Okikiola Olubiyi Ositelu, The Aladura Patriarch & Primate.

A few days back he spoke about the forthcoming 2019 Tabieorar. Below is what he told City People’s TITI OSHUNLALU.

What roughly is the number of attendees you are expecting at this year’s Tabieorar?

Are there special preparations to mark this 83rd TABIEORAR?

Your brother, the late Primate must have had his own ideas about the office, briefly access his time as Primate.

Does it defer from yours?

Having been a Primate for a while, do you think you have achieved some of your vision or direction for the office?

Yes, because 85% of vision has been achieved in the last 21years in my office and I will take TABIEORAR to the next level by His Grace.

What are the things you feel can be improved upon as in the general programme of the Church?

To have youth drive everywhere. We will give our youth more vision so as to create campus fellowships in all the universities

Was it deliberate for the Church not to be out there running publicities for its various events compared to its contemporaries?

We do a lot of publicity. For instance, we do TV publicity, we also do publicity with few newspapers e.g Guardian, Punch and Tribune newspapers.

What’s your opinion on the doctrines and activities of Churches who came later, using holy water, anointing oil, handkerchiefs even candles as white garment Churches have been doing for years?

Fulfilment of the revelation God gave to the founder of this church is that other churches will emulate this church. I’m not surprised as God had said, it will happen. Before now, these Churches were criticising us and wrote a book concerning using holy water, handkerchiefs, candles etc. I have the book here, but, now, they are doing it and using all we are using. But they cannot come in the open to say or reverse what they have said concerning using handkerchiefs etc, but, they are all using it now

Some people feel White garment Churches get unfair criticisms for what newer Churches are being praised for like anointing oil etc, what’s your take on this?

I’m not surprised about that. As I have said earlier, most of them still come to white garment churches and invite us to pray for them. They believe in our prayers. There was a woman, who took her mother to a particular church for healing, the man of God told the woman to take her mother home and the woman should come back. In the end, the woman did not go back, instead, she came to our church and we prayed for the woman and she was healed without paying any money. We believe God has given us the power to heal and it’s free.

Do you think Churches are delivering enough spiritual and charitable services to the people especially in these trying times?

By the Grace of God at every festival period, we do our little bit by giving foodstuff, chicken, etc to less privileged to celebrate the festive period with them so they can also feel the season of celebration because we know they will not be able to afford what it takes to celebrate the festivity. Most churches are not led by God’s word, but, here in CL, we are known for spiritual things. We believe in the Lord says.

CL is quite global, what’s the most remote place you’ve ever encountered a Member?

When I visit churches globally, I visit every local church, unlike late primates. Late primates only visited our provinces. There was one of our churches in Togo, this church is on top of a mountain. Most of them are farmers, they can be on the mountain for a week, so, they decided to set up a church on the mountain. Though it’s made up of bamboo and they are just 5 members in the branch. In fact, I was almost afraid when we were going to the top, our car was almost turning upside down.

Apart from Nigeria, where do you have the largest concentration?

We have the largest church in Liberia, followed by Sierra Leone, then Ghana. Before now, Ghana used to be the largest, but, presently the largest in our church is Liberia

What is being done presently for further expansion of CL?

A lot is being done. We have branches home and abroad, even in the U.S.A.

Which countries do you get invitations to set up branches?

We get invitations to Germany, Frankfurt.

What makes you proud about CL?

The spiritual gift that God has endowed in the church.

Women have been Revd Mothers for years in CL, and have no restrictions in the Altar for years, how has this impacted the Church?

A few people know the Oshitelu and Adejobi descendants. Are there prominent descendants of Oduwole presently in the Church?

Yes, we have. Rev.Tijani is one of our female Ministers and she is a relation to late Oduwole and God is using her mightily in the church, both home and overseas.

Kindly expatiate on late Oduwole to educate the younger generations who only know him through songs or prayers in the Church.

Like I mentioned earlier, late Oduwole was the Pioneer of our church in Liberia. He was sent by the Late founder of CL, late Primate Josiah Ositelu and he did wonderfully well in the church both home and abroad when he was alive. May both his soul and late Adejobi’s soul rest in peace.

Speaking in tongues in CL seems unique. Many tend to have the gift, is it teachable as well in the Seminaries as some Churches do?

No, we don’t learn to speak in tongues in our church, when we are not in the classroom. I was told in some churches that they learn speaking in tongues, it’s not so here, we practice and believe in the gift.

Tabieorar is here again, Kindly tell people home and abroad what to expect.

We should expect 13 blessings, breakthroughs, blessings, deliverance and more.

I am not afraid of anything, because I believe God has sent me to do His work and He will definitely make things possible for me. When I was growing up, and I visited my brother Kole Ositelu, then, in the University of Lagos, we played games together, like Chess, Ludo, etc. Once, we start I will tell my brother or siblings the score. For instance, I could tell them it will be 3:0, and so it will be. So, I believe and know that whatever I tell/ ask God in my leadership He will do.

What was your mother’s influence in your life?

I took after my mother and my father, but, my mother is prudent in spending and I learnt from that which am proud of. When they give me pocket money when I was in school, I usually returned the money and I gained from it.

What legacy will you wish to leave for all, in your role as a man, a Prophet and a Primate?

To be spiritual, focused and do the will of God. I believe so much in what God says.

A spiritual man that knows his worth, understands the will of God and goes by the Will of God.

How did the name of the church emerge?

The name was given to the founder in 1930. There was a revival in Ibadan, after the ministration of the revival some local people rushed to Baba and asked for the name of his church and he said ALADURA in Yoruba. Meanwhile, the church of the Lord in Yoruba means, Ijo Irapada, so, when posters were being made for the church, Baba remembered that he once told Ibadan people that the name of the church is ALADURA and now on the poster, is Ijo Irapada. You can see that the ALADURA  is in the bracket in our logo. The Holy Spirit Himself gave Baba the name. He wrote it down in his book here with me. One thing with Baba, he wrote all his things with dates and even all his visions

We know you are a member of the World Council of churches, can you tell us little about it?

Most men of God in Nigeria don’t know the meaning of ecumenism. It’s because CL recognizes the ecumenism, that was why the world council of churches decided to partner with us, which is what some churches don’t understand.

Police arrest Female cultists, 7 others during initiation into ‘One Million Boys’ in Lagos