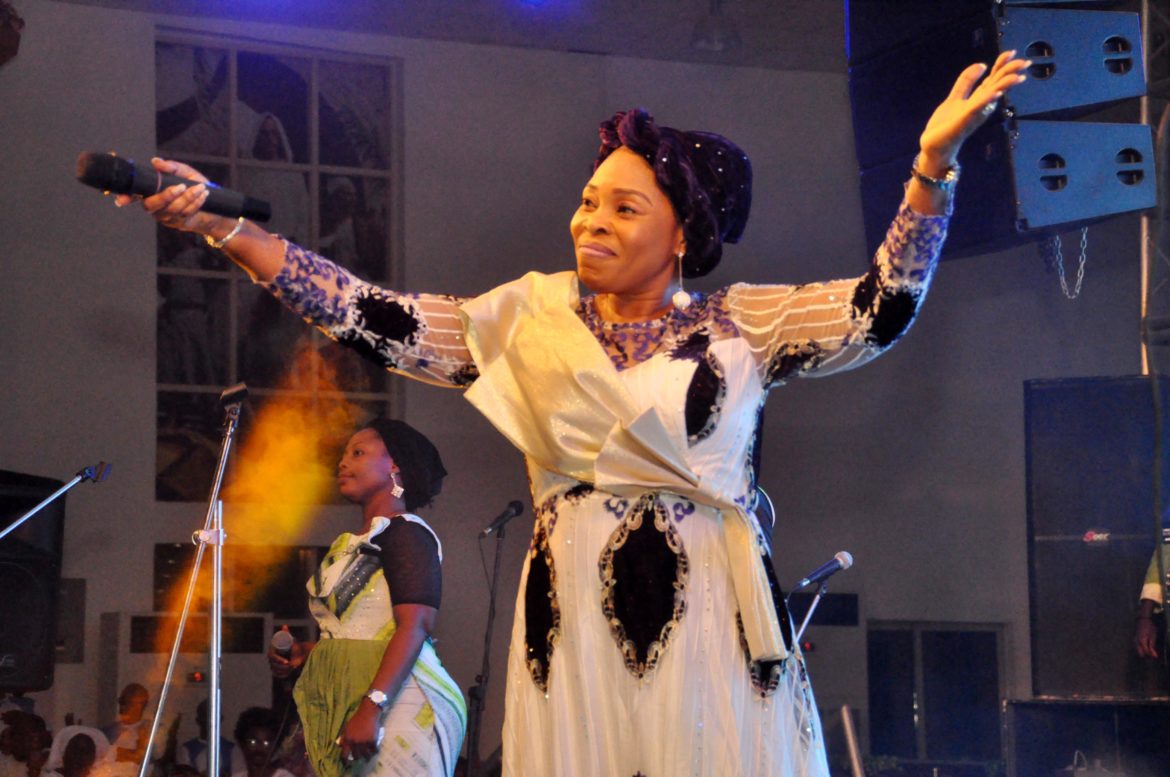 The final burial rite of Special Apostle Dickson Adekunle Awode, Chairman/General leader, CSMC Victory District, has started. The Cathedral of Cherubim & Seraphim Movement, Divine blessing Cathedral Victory district was filled to the brim on Friday, January 25, 2019, as family members, friends, well-wishers of the Awode’s family thronged the church for a Night of Hymns & Praises in honour of their father, grandfather and great grandfather. He was an icon who immensely contributed to the progress of humanity. He was a philantrophist per excellence, who always puts on many people’s faces.

Apostle Remi Awode, the CEO and Managing Director of Finecoat Paint, who is also the first son of the Awode’s dynasty, explained the reason the church and the family decided to honour him, and why they organised a Night of Hyms and Praises. He said. “Tonight is the first day of the 2-week event for the final burial of our beloved dad. We are gathered here today to celebrate him, as a mark of honour and respect, because it’s what he loved to do when he was alive. Our beloved father derived pleasure in worshipping God and that was what he did all through his life, praising God always”.

He appreciated all the leaders present, all the guest choristers and guest artistes. Over 7 guest choristers performed. They include CCC Araromi Glorious Choir,  Meiran. C&S National Headquarters Annex, Sabo, Yaba, C&S Liberty district, Ibadan and many others did their best to the glory of God, while C&S Divine blessing played host.

Among the Gospel Artistes who thrilled guests were Evergreen Tope Alabi, the juju music guru, Mega 99 and a 9 years old girl, Golden Angel, who literally set the roof on fire with her unique performance… Yemi Shonde and Lanre Omiyinka were among special guests of honour and they also performed. Pastor D and Solo A compered the event.