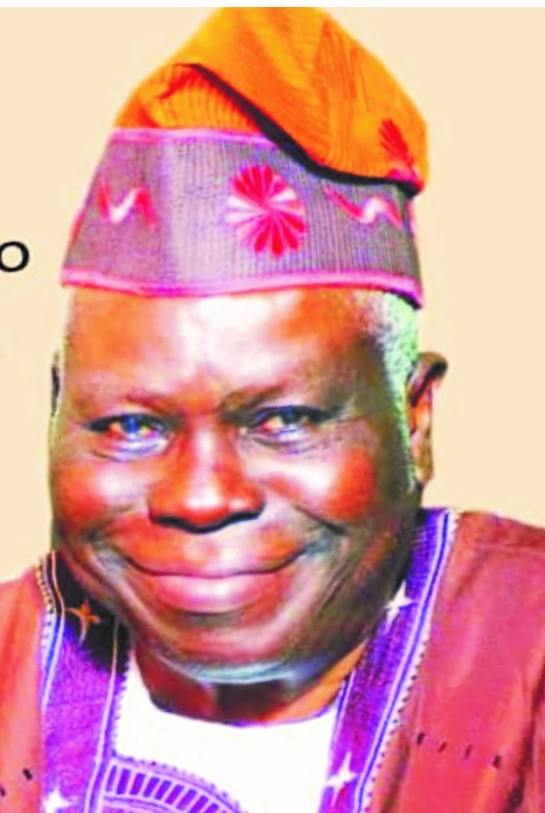 For many people Friday 1st February 2019 was a Friday to remember as family, friends and well wishers of Finecoat boss, Apostle Remi Awode and his siblings gathered together to celebrate the life and times of late Special Apostle Engr. Dr. Dickson Adekunle Awode who slept in the Lord at the age of 81 years. It was an event which was attended by important personalities and celebrity big boys and babes. Although, the whole burial ceremony was scheduled for 10 days, and different services were held since Friday 25th Jan 2019, the day the whole event started with hymns and praises to honour their father, Sp. Ap. Dickon Awode.

Several services of songs were also held on each day at different churches in Lagos especially in Ikorodu. But the Christian wake service that was held Friday 31st 2019 at Lagos State Parks and Gardens. Ebute, Ikorodu, Lagos was a big one and it was well as over 4000 guests stormed the venue to honour God in the life of a great man of God, an minister of God with great spiritual exploits. The wake keep service sure left great memories that can never be easily forgotten by the body of Christ, Cherubim & Seraphim, family and friends, including the . The following day, 1st February was the funeral service, held at C&S Movement Church, Victory District Headquarters, situated at 50, Ajose Street, Owutu Agric,- Ikorodu.

City People Assistant Editor, SUNDAY ADIGUN and Photo Journalist, MATHEW IDOWU were at the church and the reception.

The remains of late Special Apostle Engr. (Dr.) Dickson Adekunle Awode arrived Cherubim & Seraphim Movement Church, Victory District at about 8:20 am. The arrival was heralded with the sound of drums, trumphets and sax. The remains of the spiritual father was paraded by TOS funeral undertakers, dressed in C&S regalia to compliment and make a statement of the man they are celebrating.

The casket is a unique one, it looked expensive. There was an inscription of Granpa and Dad, decorated with beautiful roses on the vault that carried the remains of Sp. Ap. Dickson Adekunle Awode.

AND THE CHILDREN ARRIVED

Led by the first child of the family, Apostle Remi Awode, the 3 male children of late Sp. Ap. Dickson Awode arrived the church at exactly 8:25am. The funeral service started at exactly 8:30am with them well seated and prepared while the other 2 female siblings, wives and their children joined them when the opening prayers was going on.

Sp. Apostle Pro. Daniel Adesanya was the preacher of the day. In his speech “in accordance with the book of Matt 16 vs 6, everything belongs to God, but those who believe in Him will inherit it. So if you don’t believe Christ, you have no good heritage. I am 100% sure that Baba Awode is in Paradise, because he lived a good life, lots of great testimonies were said about him. Baba Awode is still coming to rule with our Lord Jesus Christ because he slept well in the Lord. I want to congratulate all the children because Baba has also given you a goodly heritage and he has laid a good foundation for you in Christ Jesus.

After the exhortation, the closing prayer was said by Sp. Apostle J.O. Oyeku, while His Grace Most Rev. Pro. Samuel A. Abidoye shared the grace. There were several photo sessions, though it was a brief one because they were time conscious. Friends, family and well wishers snaped pictures with the deceased’s children. The casket of the remains of late Special Ap. Dickson Awode was carefully paraded and displayed by the professional undertakers from TOS funeral service.

They danced with it, later returned it back into the ambulance vault. The ambulance was at the front. The band sets started playing as the first born of the family, Apostle Remi Awode danced along the whole Ajose Street, flanked with friends and families, as they all left for interment at Ikoyi Vaults and Gardens, Ikoyi where the remains was finally laid to rest.

Over 5000 guests were at the reception, waiting for the arrival of the children of Sp. Ap. Dickson Adekunle Awode.

ABOUT THE EVENT HALL

Yard 158 Event Centre situated at Plot 34, Kudirat Abiola Way, Oregun, Ikeja, Lagos couldn’t contain the crowd on this day. Apart from the 2 big hall space of Yard 158 that takes atleast 1800 seaters, several tents were mounted outside. The whole compound was filled to the brim.

All the guests looked beautiful in the Aso-Ebi that was picked for the day. Atleast 95% of the guests wore the beautiful Ankara. They sewed it into different designs and complimented it with statement making jewelries, name it, diamond, gold and all sorts.

YINKA AYEFELE ON THE BAND STAND

It was one of Yinka Ayefele’s (MON) happiest moment, doing what he loves to do and for the fact that, that particular day was his birthday, he never before. He knows what to sing and how to actually get everyone on their feet to dance, even as they are calling the children out one after the other. He sang praises of all the guests and it was a show of endless naira on him.

FINECOAT BOSS WAS HONOURED BY CELEBRITIES, AS HE

You can only be in the class of Finecoat boss, Apostle Remi Awode to stage this kind of party and there will be an overflow of celebrities. The party had in attendance many actors, TV/Radio presenters, producers who stormed Yard 158 Event Centre. Apostle Remi Awode is a loving and nice person, a philantropist per excellence and he  always supports  all his friends and family. The party was surely a pay back time for him as many not only came, they wore the Aso-Ebi, sat for many hours, sprayed and danced with him for long hours. The hall was filled to brim as stated earlier. Sighted were veteran actors, Aina Gold, Opeyemi Onadiya, Chichi Gabriel, Mama Rainbow etc.

Lagos Big Boy and wealthy socialite, Tope Agbeyo was also sighted with his entourage and he supported and honoured Remi Awode. Biodun Kupoluyi and Yemi Sonde were there too. While Ambrose Yemi Somide and popular broadcaster Baba Gboin ancored the event.

All the management of Chemsta Group, owners of Finecoat Paint dazzled at the party to honour their boss, Apostle Remi Awode. They all wore the Aso-Ebi.

AND CHEMICAL DEALERS ASSOCIATION TOO

What do you expect at an event like this? Chemical dealers association came out en-masse to support their own.

FINECOAT BOSS, REMI AWODE AND SIBLINGS PLAYED HOST TO ALL THE GUESTS

Family members and well wishers did enjoy  themselves at the party. There were enough food and drinks. All kinds of food and assorted drinks were served. Lots of different gifts were given out to the guests, so much so that if you see anyone coming from the event, expecially one wearing the Aso-Ebi, you will see them carrying a bucket on their head, filled with different kinds of gifts. Till 9.00pm, servers were still going round asking people what they cared for.

READ ALSO: HOW I GOT THE NICKNAME M.C OLUOMO

Why I Decided To Celebrate My 60th Birthday In DUBAI