Oxlade-Chamberlain Will Be A Major Player At Liverpool – Klopp 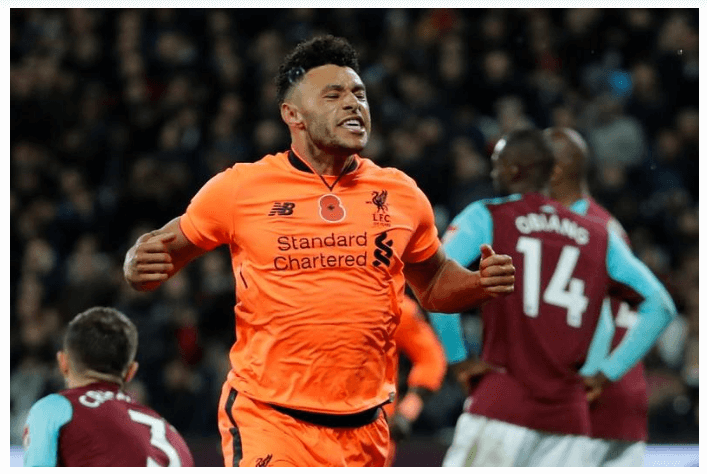 Liverpool midfielder Alex Oxlade-Chamberlain is adapting well to the club’s intense playing style and has the potential to become a key player, according to manager Juergen Klopp.

The deadline-day signing from Arsenal has been patient for his opportunities at the Merseyside club and looks settled in his new role on the right side of the midfield.

Oxlade-Chamberlain scored the third goal in Saturday’s 4-1 victory at West Ham United and Klopp was thrilled with how open the 24-year-old was to new ideas.

“It was very intense for him, completely different to the things that he is used to,” Klopp told reporters.

“He needs to get used to the intensity that we ask. It’s not that Arsenal didn‘t… But we are really on it with these counter-pressing things and the switch immediately to make the break.

“But a lot of players are like ‘yeah, yeah, yeah, I want’ and he is like ‘what do you want from me?’ and he reacts. He will be a really important player for us.”

Liverpool, currently fifth in the league, host Southampton on Nov. 18 after the international break.

Oxlade-Chamberlain Will Be A Major Player At Liverpool – Klopp was last modified: November 6th, 2017 by Damilare Salami

Why Many LAGOS Couples Are Going For ADOPTION