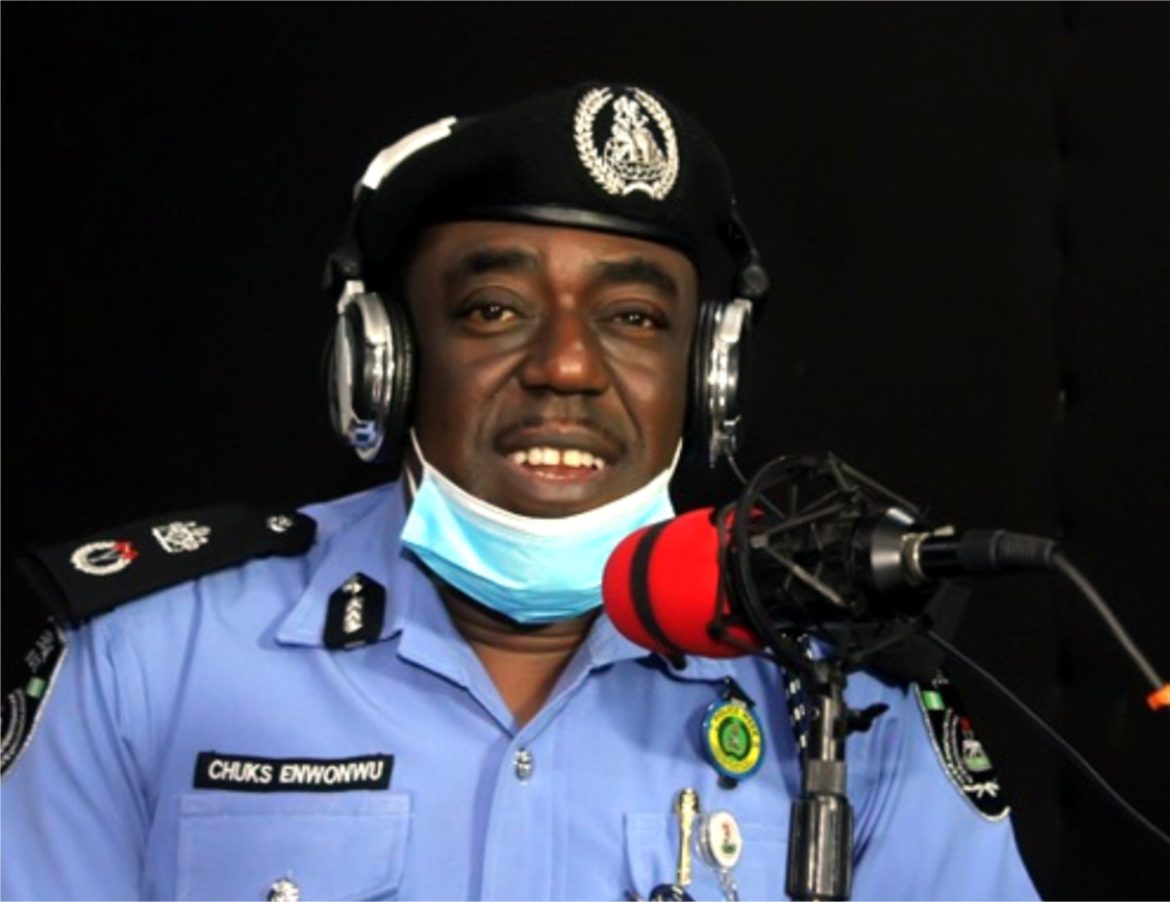 When Mr. Nwachuckwu Enwonwu assumed office as the Commissioner of Police in charge of Oyo State Police Command some three months ago, he has a direct mandate from the Inspector General of Police Mohammed Adamu.

The mandate, according to him, is to continue to control crime and bring it to the barest minimum in the state. And since then, the fine, gentle and brilliant CP has not been doing badly at all. Even though, as expected, there have been few challenges but Mr. Enwonwu, seems to be determined to make a great mark. To him, a high level of discipline must be maintained, as that is the bedrock of the Nigeria Police Force and that was the tall order he gave his men immediately after his resumption in Ibadan.

CP Enwonwu didn’t only seek the State’s police officers’ corporation but also admonished them to respect the fundamental Human rights of Nigerians as enshrined in the Constitution.

But how has the CP been coping since he came on board? How easy or difficult was it for him settling down in a new environment, Ibadan? What does it take to run a police command as volatile and sensitive as Oyo State? How does he plan to tackle the security challenges in the state?

All of these and many more issues formed part of discussions as CP Enwonwu brilliantly answered questions last week, while featuring on a live radio program, ‘Parrot Xtra Hour on Radio’, on Space 90.1 FM, Ibadan.

“I have been doing my best because in as much as I have never worked in Oyo State before. But I have had cause to come to the state in a number of times, especially when I was in Force CID Alagbon, during the era of late General Sanni Abacha. I was in Alagbon for about eight and a half years. I was there throughout Abdulsalam Abubakar time and partially during the time of Chief Olusegun Obasanjo. So I was always coming here to do an investigation, as well as prosecution in some of the courts; at both Federal and State High Courts.”

When asked about the issue of the escape and re-arrest of the alleged serial killer in Akindele Local Government Area of Ibadan, Sunday Shodipe, the CP described the incident as the greatest nightmare of his life. It would be recalled that the notorious suspect, who claimed to be 19 years old, supposedly escaped after a police officer, who was said to be off duty opened the cell for him in order to take his bath.

CP Enwonwu however said the incident didn’t only made the Inspector-General (IG) of Police to call him, but that it raised an uproar internationally with people contacting him from the United States Of America (USA), Italy and others.

“It was the greatest nightmare of my life. I had sleepless nights because people were saying all sorts of things and they kept calling me, that I should be removed from my post, even though they knew that I was not the one responsible for his escape. The society was not fair to us.

“Some said he disappeared. There is nothing like disappearing. The police officer who opened the cell for him was unprofessional in his conduct, saying the suspect wanted to take a bath.

“He was not even on duty. He collected the key from another officer who was on duty and opened the cell. They are both in police custody now and they’re going to pay for it, their matters has left Command level” Enwonwu added.

The Oyo CP continued by saying that “different people were calling me. You see, the news of Sunday Sodipe’s escape was both an embarrassment and a nightmare to me. My greatest happiness is that he escaped under my watch and he was rearrested under my watch too.”

On the whereabouts of the others who were also paraded with Sunday Sodipe earlier, Enwonwu said that they are all still in custody.

“I have learnt a bitter lesson with this case. The society is ruthless and unfair to us policemen. I felt sad about the reaction of our people. One policeman caused embarrassment.

You definitely cannot use one person to judge the whole system. People know the truth. Was I the one holding the key? They should know that in any twelve, there is always a Judas. You can’t use only one person to judge others. I can never behave like that to others.

“For example, I cannot say that all journalists are bad. It will be unfair. I know there are so many fine and professional journalists. If one does something bad, all I need to do is just single him out. The Shodipe saga taught me a very big lesson,” he stated. Enwonwu however commended the government of Oyo State led by Engineer Seyi Makinde for doing so much to support the state command under him.

“Before I came into office in Oyo State, Governor Seyi Makinde had bought vehicles and upgraded so many of our facilities. Like Oliver Twist, I will still want to implore him that there are still many things we will want him to do for us. Security maintenance is a serious assignment, we need all the support we can get.”

While speaking about the farmers, herdsmen relationship in Oke Ogun Area of the state, the CP said “We are doing our best to ensure that they continue to live in peace. We have been meeting the monarchs and others in that zone. We are not interested in persecuting or prosecuting anybody. We just want them to live in harmony.”

When asked of his major focus as the Commissioner of Police in the state, his words “Immediately I resumed duties, I told my men what I wanted and what I expected of them. The first is that they must respect human rights. They should not harass, engage in brutality or intimidate anybody. They should offer a quality service to the people. This is the template I operate with. And I will continue along this line.

“In addition, I added a caveat–that my Divisional Police Officers must cooperate with me along these lines. They must be friendly at all times. This is because if a policeman is friendly with the people, he will enjoy their support and this will help him to gather quality intelligence to do his work. I have tried this and it has worked for me. If any of my DPOs goes against these principles, I will do the needful.”

The CP also laid emphasis on discipline, saying that any police officer caught in reckless and irresponsible conduct will never go scot-free. “He or she will be sanctioned, accordingly.”

Enwonwu then used the opportunity to promise the people of Oyo State that the state’s Police Command under him will give the people a conducive environment to do their businesses. “We appeal for your cooperation. Our men are there at your service not only in Ibadan but all over the state.”

Speaking further on the best way to tackle security issues, CP Enwonwu said, “we need to partner, on a regular basis, the public, build trust and confidence in them. That would help them and help us.

Because the issue of security is a collective responsibility, it is not something only police can do. Therefore if the trust is there, if they believe in the police and the confidence is engendered, they will feel free to partner with us and the information will flow. What we need from the people are information and intelligence, for us to work with. The best way to tackle insecurity now is the proactive method and not reactive, and that has to do with community policing.”

READ ALSO: GOV. SANWO OLU IS DOING A LOT IN THE HOUSING SECTOR

Gov. SANWO OLU Is Doing A Lot In The Housing Sector