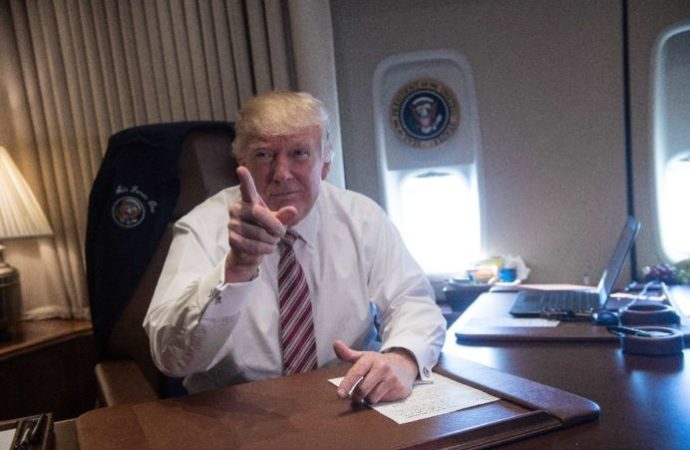 A mural painting showing President Donald Trump and Pope Francis kissing has been taken down after it sparked outrage.

A life-size mural depicting Pope Francis with a saintly halo kissing U.S. President Donald Trump sprouting devil’s horns appeared on a wall near the Vatican on Thursday, less than two weeks before they are due to meet.
The mural, which was painted on paper and pasted on to the wall during the night, was the latest work by street artists depicting the pope to appear in Rome in recent months.
This one shows Francis, wearing a simple crucifix around his neck, embracing Trump, who wears a gold watch and sports a pistol in a holster. The pope’s halo is the same bright yellow color as Trump’s hair. The two are locked in a mouth-to-mouth kiss.
The caption written on the sash of the pope’s cassock reads “The Good Forgives the Evil.” It is signed “TVBoy,” who is believed to be Italian street artist Salvatore Benintende. “It is very provocative but not too shocking for someone coming from America,” said a tourist from Burbank, California who gave only his first name, Victor.
The mural was pasted on a wall on a street named “Way of the Bank of Holy Spirit” across the Tiber River from the Vatican.
Francis and Trump are due to meet at the Vatican on May 24 while the president is on a tour Saudi Arabia, Israel, Italy and Belgium. Such murals depicting the pope eventually are taken down by a special group of Rome sanitation workers known as “The Decorum Squad”. In the past, the squad has erased a mural depicting the pope as a sneaky graffiti artist painting peace signs on walls and another showing him as the comic book hero Superman.
Local media have criticized the unit for removing popular art while unsightly graffiti blights many buildings and heaps of garbage pile up on sidewalks because of a collection backlog.
-Reuters (Reporting By Philip Pullella, editing by Pritha Sarkar)
Painting of ‘Devil’ Donald Trump Kissing Pope Francis Sparks Outrage [Photos] was last modified: May 12th, 2017 by Arinze Ago