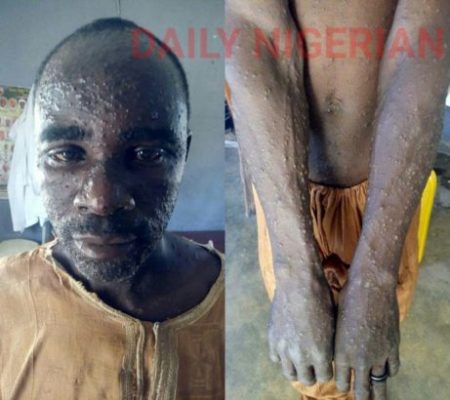 The first monkey pox patient in Kano state who was being kept at the Tiga General Hospital in Bebeji Local Government Area of the State has fled the hospital. The patient from Nasarawan Kuki village, reportedly fled from the hospital on Wednesday night after being diagnosed of the disease.
According to Daily Nigerian, a source who pleaded anonymity said that the monkey pox patient was quarantined before he escaped from the hospital.
“He was quarantined here in order to avoid spreading disease, but he absconded from the hospital last night.
“We informed the authorities but no one made any effort to trace the whereabouts of the patient to avoid spreading the disease in Kano.” the source said.
Panic as Monkey Pox Patient Flees from Hospital in Kano State was last modified: October 27th, 2017 by Arinze Ago