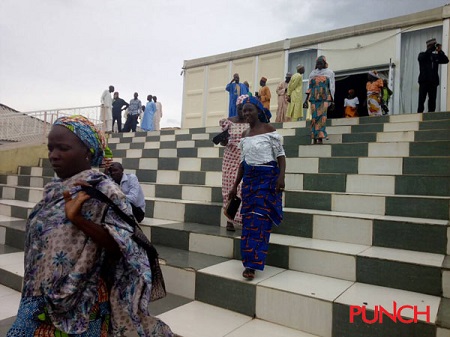 Mothers and fathers of the Chibok girls whose release was highly celebrated recently, have been pictured arriving the FCT.

The parents of the Eighty-two Chibok schoolgirls who were released after being held for more than three years by Boko Haram have arrived in Abuja.
They are there to reunite with their children.
The minister for women, Aisha Alhassan, had on May 11 promised that the students’ parents will travel from the remote northeastern town in Borno state to meet their daughters in the capital, Abuja.
See more photos below: Parents of the Released Chibok Girls’ Spotted Arriving in Abuja (Photos) was last modified: May 20th, 2017 by Arinze Ago