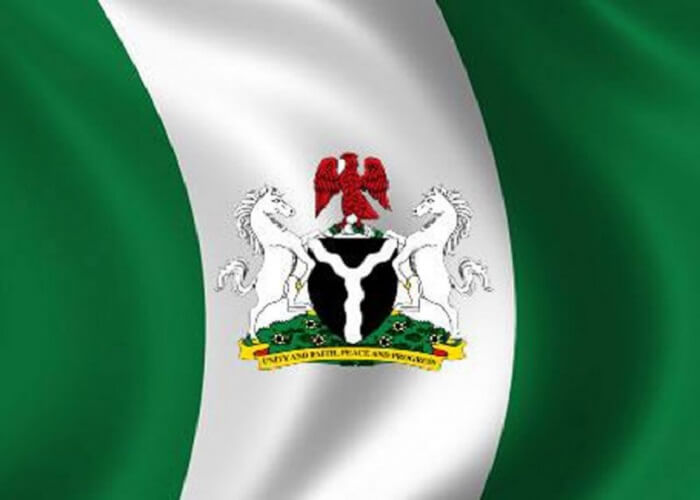 Of all Decrees enacted in Nigeria, none is more controversial than Decree No 34 of 1966. It was promulgated on May 24 1966 by then Head of State Major General Johnson Thomas Umunnakwe Aguiyi Ironsi(1924-1966) . It was called Unification Decree while some critics at that time labelled it, as De-unification Decree.

It was the Decree that started the death of Regionalism-an issue which is still generating controversy as of now. Although the then Head of State, General Yakubu Gowon, repealed the Decree 34 on August 31 1966 through Decree 9, a large portion of the Decree is still effective till today.

General Gowon further compounded it by promulgating Decree 14 of 1967 which broke Nigeria into twelve states and provided for Military Governors for each state. With Decrees 34, 8 and 14 regionalism was finally buried.

On assumption to power, General Ironsi promulgated the Constitution (Suspension and Modification) Decree 1966.Decree No 1 Dated  17 January 1966 but not published in the Official Gazette until 4th March 1966. He then issued public order Decree No 33 dated May 24 1966 which dissolved eighty-one political associations and twenty-six tribal and cultural associations.

At the early stage of his tenure, he appointed a three-man advisory team made up of  Chief Francis Nwokedi, a Permanent Secretary,Dr. Pius Charles Nwabafor Okigbo(1924-2000) and Colonel Patrick Anwunah, who later became Chairman and Head of the orientation Committee at that time.

He replaced the then Attorney-General and Minister of Justice, Dr. Taslim Olawale Elias (1914-1991) with Chief Gabriel Chike Michael Onyiuke(SAN), former Director, Public Prosecution, Eastern Nigeria(1960-1965) who is from Nimo in the present Anambra State.

In a speech to the Nation on January 28 1966, he denounced the evils of the Abubakar Tafawa Balewa regime and outlined necessary reforms. ”All Nigerians”, he declared,” want an end to regionalism. Tribal loyalties and activities which promote tribal consciousness and sectional interests must give way to the urgent task of national reconstruction. The Federal Military Government will preserve Nigeria as one strong nation.” He then went on to promise “administrative reforms” and referred specifically to several matters in which regional as well as personal interests were known to have had decisive influence. These were official appointments, public investments, and the universities. He promised that ”in the public services, efficiency and merit will be the criteria for advancement”. That industrial development would be “coordinated to avoid wasteful duplication of industrial projects”, and that the universities would be “re-orientated to serve the genuine interest of our people”.

Lt-Col Ejoor was reported as saying that the ’National Government’ set up by the army was the prelude to ‘the reintroduction of a unitary form of government’ and insisted that it would create future problems. Shortly afterwards the Supreme Military Council announced that a senior government official, Mr. Nwokedi, had been asked to consider and to report to the Supreme Military Council on the establishment of ‘an administrative machinery for a united Nigeria’ and the ‘unification of the Public Services and Judicial Services’.

In his own speech on February 19 at the Kaduna Airport, the Governor of Northern region, Lt-Col. Hassan Katsina said he was not aware as a member of the then Supreme Military Council on the modalities of the proposed National Government. ”Am afraid the egg is about to be broken”.

On February 21 1966, General Ironsi again addressed the nation on the issue, he said “On the question of the political future of the country, the experiences and mistakes of the previous governments in the Federation have clearly indicated that far-reaching constitutional reforms are badly needed for peaceful and orderly progress towards the realization of our objectives. I have already touched on some of the major issues involved in recent broadcast to the nation. It has become apparent to all Nigerians that rigid adherence to ‘regionalism’, was the bane of the last regime and one of the main factors which contributed to its downfall. No doubt, the country would welcome a clean break with the deficiencies of the system of government to which the country has been subjected in the recent past. A solution suitable to our national needs must be found. The existing boundaries of governmental control will need to be re-adjusted to make for less cumbersome administration’.

As a follow up on May 25, General Ironsi promulgated the Constitution (Suspension and Modification)(No. 5) Decree 1966. Decree No. 34(the ‘Unification Decree’).

After the promulgation, the country was thrown into turmoil and crisis which led to demonstration particularly in many parts of Northern Nigeria at that time. On his return to Kaduna on May 27, Col. Hassan Katsina was besieged with demands for an explanation. It was feared that in a unified service Northerners would be at a disadvantage. It was no consolation that the Decree provided for the delegation of appointments and promotions, except the most senior, to Provincial Civil Service Commissions.

With its authority challenged and shown to be weak, at least in large parts of the North, the National Military Government had little option but to proffer its assurances and to explain its actions. The Supreme Military Council met on 7 and 8 June 1966 and issued the following statement:

“the public must not be led to confuse the Military Government with government by a civilian regime under a constitution approved by the people. Nobody will expect the present Military Government to cease to function until new constitution has been approved or to be compelled to operate the old system of government with its obvious weakness. It cannot be too seriously emphasized that the Military Government while in office can only run the government as a military government under a unified command. It cannot afford to run five separate governments and separate services as if it were a civilian regime. Final decisions on the territorial structure of the country and the public services will be matters for the constituent assembly and the referendum”.

The Supreme Military Council also decided that General Ironsi should invite traditional rulers from all parts of the country to a meeting to be held in Lagos as soon as possible and that the Military Governors would immediately summon similar meetings in their own Regions. This was presumably an attempt to improve the channels of communications. There had in fact already been a meeting of Northern Emirs and Chiefs in Kaduna on 4 June and the Military Governor had been given a list of grievances and recommendations to take to Lagos. The Emirs and Chiefs met again on 16 June to receive General Ironsi’s reply.

Sadly on 29 July 1966, General Ironsi and the Military Govenor of Western Region, Lt. Col. Francis Adekunle Fajuyi were murdered in Ibadan during a meeting with the traditional rulers from all parts of the country