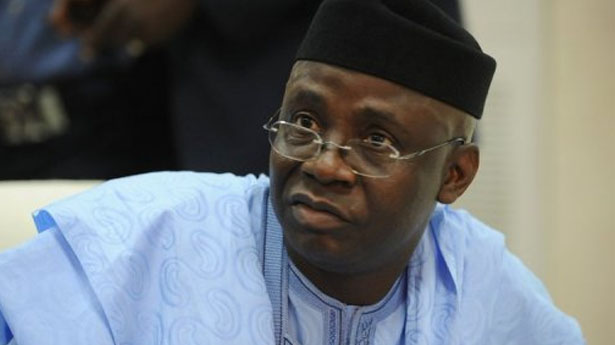 Latter Rain Assembly G.O, Pastor Tunde Bakare is a seasoned lawyer who trained under the late legal luminary Chief Gani Fawehinmi, and an acclaimed man of God. He was among the core leadership and the National Legal Adviser of Deeper Life Church before he left for the Redeemed Church of God where according to him, he contributed immensely to the construction of some of the Redeemed Model Parishes. For the very first time, in an interview with The News magazine, a few years back, he spoke on the real reason he left Redeemed Church to set up Latter Rain Church. We came across the interview and it is very very revealing. Excerpts.

You were once with Redeemed Christian Church of God and you were among the youths who started the Model Parishes. Why did you leave?

I had kept quite hitherto. And because if you don’t let sleeping dogs lie and you don’t allow lying dogs to sleep, they will continue to bark. Let’s back-track. I got born-again on 24 September 1974 in the Baptist Church. I remained in the Baptist Church until I became a Youth Pastor. If you go to Yaba Baptist Church, you will see my name on their plaque. While I was in there, I started attending Monday Bible study at Deeper Life, just to deepen my knowledge. Deeper Life was not a church then. And I stayed in Deeper Life for five years. While I was in the University of Lagos, I was attending Fourquare, being mentored by Dr. Odunaike. I knew him at close range, up to his bedroom. When Deeper Life started as a church, I was invited to be among the core leadership and I stayed there as National Legal Adviser for 5 years before I left for Redeemed Christian Church of God, RCCG. My first visit to the Redeemed Church was on the first Sunday of March, 1984. It was my Photographer who invited me. At that point in time, I had reached the point where I said I was tired of churches.

It was as if what they were saying and what they were doing were miles apart. I told myself I would not go to church any longer. I didn’t get born-again in the Redeemed Christian Church of God. I didn’t get baptised in the Holy Ghost in the Redeemed Christian Church of God. I had served in leadership capacity in different churches ever before I came to the Redeemed Church. That’s why I say you can’t say I am one of the youths that started this. That is one.

Two, the first day I got to RCCG, Pastor Adeboye was looking for professionals. And when they said all God’s children should wait, I told my fiancee, now my wife, that they were talking to their members. And she said we should wait till the end. I sat there, at the back. Pastor Adeboye said: “That brother in blue white blue’. I said: ‘Me?’ He said: ‘What’s your profession?’ I said: ‘I am a Lawyer’. He told me to see him that day.

I was running away from responsibilities in the church and I ran into another one. I went to see him and he said the church had some cases in Court. I handled them free of change. His approach was really gentlemanly and I thought I should give him a chance. That was how I started in that church. The first house I ever built in my life is at the Redemption Camp. I built it in 1986-87. I built it to just live there and serve God. I didn’t want to be a Pastor. I am a trained Lawyer. I trained under Gani and trained under Rotimi Williams. I wanted to practise my profession. I had 3 things at the back of my mind in my life: to be a successful legal practitioner, to get to the peak of my career and to be a successful millionaire. And by 1986/87, I already had 7 Lawyers in my chambers, working full-time. I won my first Appeal Court case on my 21st day at the bar. I learnt under the masters. That’s why Gani’s death shook me. If you see some of the books Gani wrote, you will see my name in them. He dedicated some of them to me, to our industry while we were with him, before I crossed to Chief Rotimi Williams’ Chambers and later to start my own practice. I was doing business. I brought Skoda into Nigeria. I had factories in Nigeria and I was doing well in international trade. I wanted to use both Law and Business to go into Politics. That was my triangle. I feel lazy souls look for ways and means of manipulating people for what they cannot get through their own skills. God blessed what I was doing. And if it’s the other way round, time will tell because the records are there of my giving to the church. I remember my external auditor, Mr. Dupe Adubiaro, who is still in the Redeemed Christian Church of God and who is the Chairman of their Building Committee in FESTAC.

I took him to Redeemed. He’s my external auditor till today. He’s the one preparing my Tax papers. He’s came one day and said at the rate you’re going, you will go bankrupt because every cheque I see is to the church. I said I don’t give people my money, I give it to God, whenever there is need in the House of God. Secondly, the vision for the model parishes was given to me, not to Pastor Adeboye.  It was on 3rd of May 1988 that God gave me the vision. There was no other person in the place where God gave it to me. I went to Ladipo Oluwole Street. And I have witnesses. One of them is dead, two are alive. Babalola, who was electrician in the church, Olufunlayo, who was the builder that built my house at the camp, and Olugbemi, a painter in that church, who has left now to start his own church. They were the three people I took to this building and we started. It was the fourth day and I said, wait a minute, I have not told Pastor Adeboye what God told me. And they took me in their car and we rushed to the camp and Pastor Adeboye came the following day. And when he saw what I was doing, he said: ‘What would you call this? God is witness and let God be the judge of every man in life. I said: ‘Sir, I have no desire to be a Pastor. I received this vision that what you are doing can never catapult the gospel to the nations of the earth. Because everything is marooned in Ebute Metta among the old (what they called classical). And it’s like reading the Bible upside down.

He asked how we could reach the next generation and suggested that we should call this Model Parish of the Redeemed Christian Church of God. The concept then was to have one Model Parish in every city. So, we did one in Lagos and we did one in Ibadan until 1 October 1988, when God said my time was up. And I told only two people that day. Tony Rapu and Niyi Adefowope, who were MC’s at my annual El-Shaddai Day for my chambers. And we do that El-Shaddai feast once a year. Instead of giving bribes to Civil Servants, I’ll call them together once a year, give them a feast and bless them.

I am writing my memoirs and one of the chapters is titled The Model Parish of the Redeemed Christian Church of God. Fiction and Facts. If you have heard all kinds of lies and propaganda that were issued out, falsehood may go for years, when the arrow of truth shoots, there will be no trace of falsehood. That’s why I will mention persons and names so that these things can be verified at the right time. I left them when God said it was time to move. And I went to Adeboye to tell him. And what he said to me, which we call The 14 points, are all written. He had a copy, I have a copy. That’s why when I publish my memoirs, you will not find me saying ‘I think God said’ and ‘I think this is it’. I would tell you what happened.

I am a student of History and I am a Lawyer by discipline. I am not trying to expose anyone, but we better leave lying dogs to sleep or allow sleeping dogs to lie or else when they begin to bark, they will bite. I remember immediately I left, they quickly groomed Tony to take my position. One professional has gone, then another. Where’s Tony? Is he still there? Or are the two of us imbeciles?

Your wife is not visible unlike the wives of other Pastors. Is this deliberate or is she just a reclusive person?

I would want you to ask her directly, but she is not in the country. We have 5 children. You look in the Bible and you see Eli. Have you ever heard Mrs. Eli? Did you see Mrs. Samuel? I am not saying women should not be in the ministry. Those who are called by God to serve in pastoral capacity in churches side by side with their wife should receive that call and fulfil it. But my wife does not become a Pastor because I am a Pastor. It’s the same mentality that the head of state’s wife must be First Lady and must have an office. No. The call of God can be upon a family, can be upon an individual. My wife supports me absolutely. Did she play roles when she was here? Yes. But we have five children. Who wants to save the world and lose his own children? So, we decided that she would hold the home front. I don’t think I’ll be what I am without a solid wife behind me. She’s not a nuisance or somebody that can be silenced. She functions in the areas that she has received grace.

Any animal with two heads is a monster. Your wife does not become a co-Pastor because you are a Pastor. There’s no such thing in the Bible. If not, Peter’s wife should have been a Pastor. So should have been the wives of others who were married. It’s just a mess that is in the world.

And when the man dies the woman steps in… Because it is a family business.

“The first house I ever built in my life is at the Redemption Camp. I built it in 1986-87. I built it to just live there and serve God. I didn’t want to be a Pastor. I am a trained Lawyer. I trained under Gani and trained under Rotimi Williams”

Why Pastor BAKARE Left REDEEMED Church 29 Yrs Ago Over The Issue Of Model Parishes was last modified: February 20th, 2017 by Seye Kehinde

Festac ’77 Now To Be Celebrated Annualy...

5 ANNOYING THINGS WOMEN DO WHILE MAKING...

This Bride & Her Male Friends Posing...