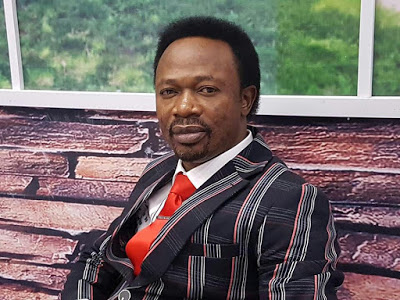 Pastor Joshua Iginla of the Set Man of Champions Royal Assembly,  has released 72 prophetic insight for 2017 for individuals and nations. Read below;

1 In 2017, I see more pressure on his excellency, Mr president to sack the incubent CBN Governor. It will take divine Grace for him to remain in that office.

3 The hardsip and poverty in Nigeria will increase. Mr president will do all he can in his power to reshuffle some of his cabinet in order to rescue issues but because his administration has more enemies than friends, they will frustrate all his efforts. However,  I see a light at the end of the tunnel but it will not free us from this hardship. Rather , it will increase, it will be strong but I have good news for you, those who know their God will be exempted.

4 I see a part in this country that the military will move swiftly to rescue because of the crisis that will come out of there. it will be like a tail of crocodile slapping the water. It is between 2018 – 2019 that this crisis will blow but in 2017, we will see a symptom of it splashing  the water. Sensitive crisis from one part of the nation that needs the current administration to be sensitive and pray about it.

5 I see the issue  of flood resuming. I see heavy down pour. I see some of the corruption that has been there over 2 years ago to curb such flood will be exposed because  this will affect a lot of buildings.

6 Rivers, Akwa-Ibom, Benue, Kaduna, Adamawa and Plateau should pray against serious attack like herdsmen, terrorism,  radical extremist and religious attacks which will increase but God will give us Victory.

9 There will be serious attempt to frustrate the Vice President . This attempt will be so strong. There are some cabals  that will want him out of the seat. This attempt would not just be by political measures but an attempt through striking of his life as well. He should pray and be careful but the Lord will keep him.

10 The Churches in Nigeria will go through serious  persecution. Some major ministries will receive serious court judgement that will be unfavourable but God will keep such ministries. There will be strong persecution. Lets Pray to God to keep the church in Nigeria. God spoke to me and said this is the time Nigeria should be ever united as it has been in the history of the country because what is ahead of us, one cannot fight. It will take measures of too many people connecting with heart and  mind to fight.

11 The current government will prevail so much over the issue of Boko Haram but it will not die. Rather, it will take a new dimension. It will worsen but at the tail end between 2017 – 2018, most especially 2018, that’s when we will get the victory better on the issue of Boko haram.

13 I see another monster that will be created before the end of this regime meant to distract the incumbent President and his crew. Just as Boko haram was a distraction to the previous Government. I see another distraction that is coming. It will be stronger than what we heard about. That’s why we should continue to pray not to continue going from one circle of battle to the other.

13 The agitation of Biafra will take another turn. Pray so that this time it should not be bloody. We should pray for Kanu Nnamdi, the biafra leader, because  I see an health challenge and I see bitterness and agitation from thissame region he is coming from. And I pray the current admistration is very sensitive over the case of Nnamdi Kanu because what I see is not too good. May the Lord keep Nigeria. Will he come out? Yes! How will he come out? I can’t really tell. I see it as something divine. I don’t see legal issue as a means of removing him from there.

14 I keep repeating this prophecy for the past three years and I’m still repeating it. There is a great man of God whose candle light has finished. There’s nothing we can do about it. This is an home calling to glory and I keep saying this. God said I should re-echo it. This is an important but sensitive minister in the body of Christ.  His candle light has gone down but is living by Extra grace. I still see this same prophecy in 2017. I pray God will show mercy and grace on him.

15 We should pray against another terrorist attack in Abuja. God will avert it!

16 A former president and great man should pray to cross this year 2017 to the next year.

18 I see a shake in the Government. I see new ministers coming in.

19 The governor of Rivers state will suffer a lot of political persecution but it will not stop what God is about to do.

21 Rivers and  Ekiti state Governors  should be very careful. There will be attempt even over their lives. I don’t  know by which party but that’s what I saw.

22 I see a governor that will narrowly escape death. God will keep him. Infact, he will have to go to the house of God thanksgiving.

23 APC has served its purpose. In 2017, the party will begin to see major Cracks and before 2019 there’s a powerful party that will merge out and will form strong alliance in 2017. It will become solid in 2018. APC has served it’s purpose. It’s like a piece of paper thrown away after being used. APC has served its purpose. A new party that will take Nigeria to the next level will rise up and I don’t know how but I see this party consisting of members of the ruling party and opposition party fusing together causing what I call unwanted diffusion that will lead to a future catastrophe but before it, there is going to be calm on the nerves of Nigerians. Even the new party that will come in is like joining petrol and Kerosine together and mixing it up with water.

24 I’m sorry to say this but it is what I Saw. Nigeria will continue to have old faces ruling this country. They will keep circulating powers among themselves. The faces we will be seeing won’t be really new. They will keep changing from one regime to another till 2031.

40 I see a particular deputy governor taking over from a governor. I can’t tell the circumstances that led to this, we should pray.

41 I see a strong terrorist attack in form of chemical weapon against a country in Europe and especially the attack will be carried out on a school. I see children dying helplessly. I pray God will deliver and avert it in Jesus name.

43 America : I see the new president approaching the helm  of affair with radical apporach. The American-China relationship will go sour. It will go bitter, cold and that will so much affect a lot of things in some areas in America. So many dirty deals of the past regime will be exposed by the current regime.

45 I see some American political elite that will maintain political division and this will affect the performance of the new president. They will not share some of his views and as a result of that, the division will be so strong that it will be evident.

INDIA : 49. I see a serious escalating conflict between China and India over the nothern border of Kashmir.

CHINA : 54. The economy will be very strong, viable, and it will  overtake others economically .

55 China will become a strong threat to world powers  mostly of the number one one world powers.

GHANA : 59. Alot of past leaders will go to Jail and the new president will be celebrated for just 6 months and after that he will become unpopular.

FRANCE : 61.  There will be relative peace from the first quarter  of the year but I still see a co-ordinated attack that will still come inside the Nation’s capital. I cancel it now!

GAMBIA : 63. There will be strong revolution that will take place. I see strong military intervention . God says they should pray against bloodshed.

64 There will be a lot of political dramas. It will cause  lot of lives. It will be one that has never be seen. It will become news everywhere.

ZAMBIA : 65. The economy will still be struggling to pickup. The president will do all his best to drag it up and I see it having a steady balance in 2018.

66 : One of the serving ministers should pray to cross to 2018 because I see an attack over his life. God will preserve you in Jesus name.

CAMEROUN : 69. The government should watch over the border because  I see the influx of boko haram entering into the country. They should pray  so that Cameroun should not be at the receiving end of what we are chasing from Nigeria.

71 The president of Cameroun should pray for his health. I see him going overseas for an health treatment. I pray God keeps him.

RUSSIA : 72. The Nation of Russia will have good relationship with USA. Between 2017 – 2018, there will be a relationship Crack between the Russian president and USA president. It will grow sour and become strong. It will become the battle of Ego. It will be like a Lion and Tiger battle.

Russia will wax stronger despite any kind of sanctions