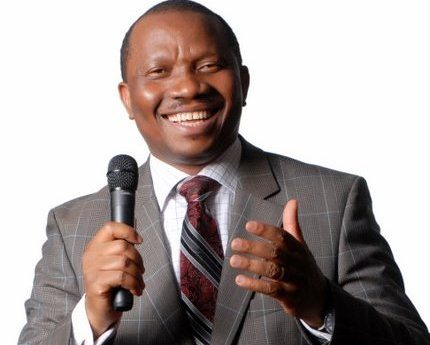 Many people don’t know that Sales & Marketing Management expert, Kolawole Oyeyemi is multi talented. He is good in Sales Management. He is also good in Marketing. These 2 gifts he has put to good use at MTN where he is a top manager. He is also a man of God who runs a fast growing University he set up from the scratch and has grow it into the medium size church it is today. It’s called Chapel of Uncommon Grace in Lagos.

Not many people know that he is also a celebrated writer and an author of 6 books.

His most recent is a 68 page book titled.

The Parable of Fishing. The book taps into the very potent communication methodology of Allegory, Metaphor and Parables to provide a simplified explanation to the concept of life and successful living.

The book posits that life can be a fulfilling journey when you know your destination and you have a working compass. The content will challenge you to rethink your paradigms and make some adjustments.

The book was written to mark his 60th birthday which he marked a few weeks back. In 2012, he wrote his 4th book Wealth Willout Theft You Can Be Rich Without Stealing Without Stealing with the Foreword written by Dr. Myles Mumroe. Wealth Willout Theft is a profound exposition of the biblical truth that righteousness exalts a nation and that serving God in truth does no impoverish. With unerring conviction, Kolawole Oyeyemi affirms that you can be rich without stealing; you can live right and yet, be rich. They book will show you how.

In 2013, he wrote Pitfalls To Destin by Fulfillment which examines why many people destined for great lives of exploits live and die as averages, a disappointment to their destiny and the world they were created to impact. Many even fail totally and end up as liabilities to the same world they were designed for as assets.

He says in the book that too often, the blame is laid at the devils doorstep. Average lives never take responsibility for their averages, failures hardly acknowledge their pivotal roles in their failings. Somebody must be the cause. He says the truth in life is that we have so much to do with what happens to us.

This book examines how we may be guilty. It x-rays the Booby Traps and Pitfalls we need to watch out for in life as we march towards destiny fulfillment.  “These pitfalls have no respect for ages or titles,” he writes.  “ They can undo anybody, young or old, rich or poor, the famous or the unknown.” A prayerful study of this book will help you locate where you are on your pathway to fulfill your destiny and watch out for those little foxes that can prevent your arrival.

That same year, he wrote another book Beware of Pastors, Pastors Beware dedicated to the memory of his late father, Pa John Oyeyemi Isarinade. It is a book written with stunning simplicity which teaches a haunting and amazing truth about the unpredictability and the wonder of the Church of Christ in these times. In it, he explores the strength it takes to conquer our greatest obstacles. He also reveals how building on the strongest laid, can yield the most unexpected rewards… and how the most winding journey, as a believer can begin with a purposeful step towards that very foundations”

In 2014, Kolawole Oyeyemi wrote a book on Marketing titled Kill or Get Killed: The Marketing Killer Instinct The author reveals that in 2012 some body threw him a challenge during a conversation in 2012 to write a book on marketing. And in 2013 a colleague reminded Oyeyemi about the need for a marketing book. So he wrote it in 2014. The book is the product of 23 years of practice across industries, long hours of classroom study in various professional and business schools across the world, personal studies, and his leverage on the wealth of many excellent marketing war generals he had been privileged to work with.

In the book the author touches on the marketing intrigues, battles and wars that shaped a lot of brands across industries in Africa. He borrowed the war metaphor and likened marketing to global politics and wars that are about share holding struggles. Writes Oyeyemi,  “Just as nations struggle for how much share of the world’s wealth they control, Brands and organizations go to war for shares too.”

He says Marketing wars and battle are fought, won and lost for increase, leadership and control of shares in various dimensions. Kolawole Oyeyemi says in these wars, you either kill or get killed and excuses are too costly.

Neediness is not a virtue for the battle field. It is not an environment for the faint hearted. Gentleman cannot survive the terrain. Therefore, you need a killer instinct to survive the several battles and win the war” Using some of Africa’s most famous brands and products to illustrate his points, Kolawole Oyeyemi Convincingly show why some brands success where others fail.

It is the first marketing book of its kind by any African… So deep is the book that it has been adopted as a text book by some Nigerian Universities and the Advertising Institute in Nigeria.