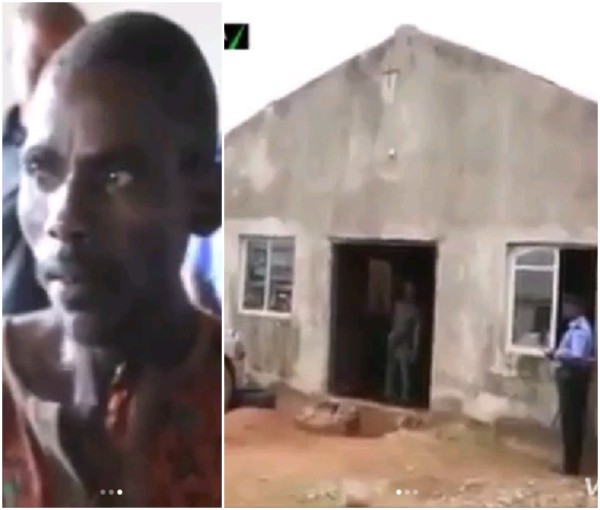 The Ogun State Police Command has arrested a Pastor who was paraded in his church premises, for reportedly killing and burying 2 children inside his Church for rituals in Ogun State.

The Pastor, who confessed to the crime, said that the kids (male and female) aged 10 and 12 were killed for 50K each.

Pastor nabbed for allegedly killing and burying 2 children inside his Church in Ogun State was last modified: August 31st, 2017 by Reporter