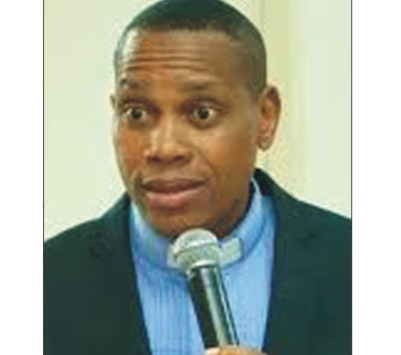 Aso Rock Villa Chapel is the church  where Christian families living and working  in the citadel of power worship in Abuja . It serves as a socio-religious forum where they worship or celebrate themselves. It was fully renovated by a former President, Chief Olusegun Obasanjo, when he was in power. In the last  2 1/2 years, since the emergence of President Mohammadu Buhari as President and Prof. Yemi Osinbajo, a Christian, was chosen as the Vice President, the running of the chapel has been handed over to the Vice President, who is a staunch member of the Redeemed Christian Church of God.

The current chaplain of the Church is Pastor Seyi Malomo, who is also a top pastor in the Redeemed Church. He has held many services at the chapel and has also been in charge of every national celebration, service or event in the chapel.  He wields enormous influence within the corridors of power because it was gathered that sometimes, important dignitaries, who might seek the attention of the Presidency usually throng the church to attend service.

Pastor Seyi Malomo has been in the Redeemed Church for many years and his posting to the Villa Chapel positions him to always represent  Osinbajo  on religious matters wherever the VP is not likely to attend an occasion. He stormed Lagos for Pastor Kunle Ajayi’s 30 years in the music ministry. He was there to represent the VP, Yemi Osinbajo, and his wife, Dolapo, who were on official assignment. The Vice President’s wife, Dolapo, recently celebrated her 50th birthday in the chapel.

Earlier, in the chapel, prayers were held for a quick recovery of President Buhari when he was sick.   Later, a thanksgiving service for the return of the President from London hale and hearty. Pastor Seyi Malomo has been the presiding pastor over seeing religious affairs at the chapel. He also travels out of the country to minister, while Pastor Isaac Ambi, who is the Aso Villa chapel administrator, presides over  services held in the absence of the chaplain. Pastor Seyi Malomo is married to his wife of many years and they’re blessed with children. The chaplain celebrated his birthday months ago where his wife publicly, displayed love on the occasion organised by the chapel. The wife fed the chaplain with birthday cake in the presence of church elders, members and families.

The Chapel at the Aso Rock Villa, is undoubtedly one of the most sought-after churches by prominent Nigerians. The Aso Rock church is an amazing eye-catching, architectural piece, which is worth seeing, if you love beauty.