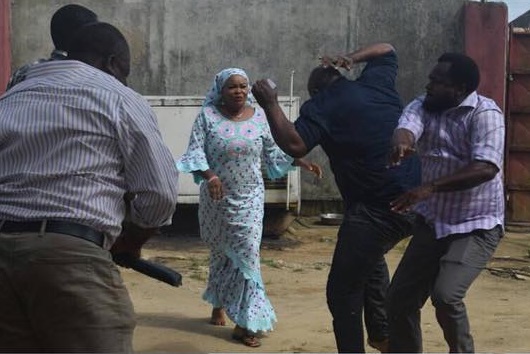 It was an embarrassing scene at a local church in Uyo, Akwa Ibom State, when the wife of the founder and pastor of the church openly informed worshippers that her husband was not just living an adulterous life but had impregnated a female member of the church.

The pastor’s wife, Idongesit Ese, was prevented from entering the auditorium of Kairos Rhema Embassy. But she defiantly stood at the church premises to tell her story. I want every man and woman who has conscience in this church to ask my husband why he is doing this to me, why would he be sleeping with a young girl who came to seek counseling and prayers from him,” Mrs. Ese said with teary eyes to a handful of churchgoers who gathered around her.

“I caught my husband in a hotel having sex with Evelyn Etim, a member of our church. As I speak to you, Evelyn has given birth to a baby boy and she is living in Eket with my husband.” Ms. Etim, accused of having an affair with the pastor, could not be reached. 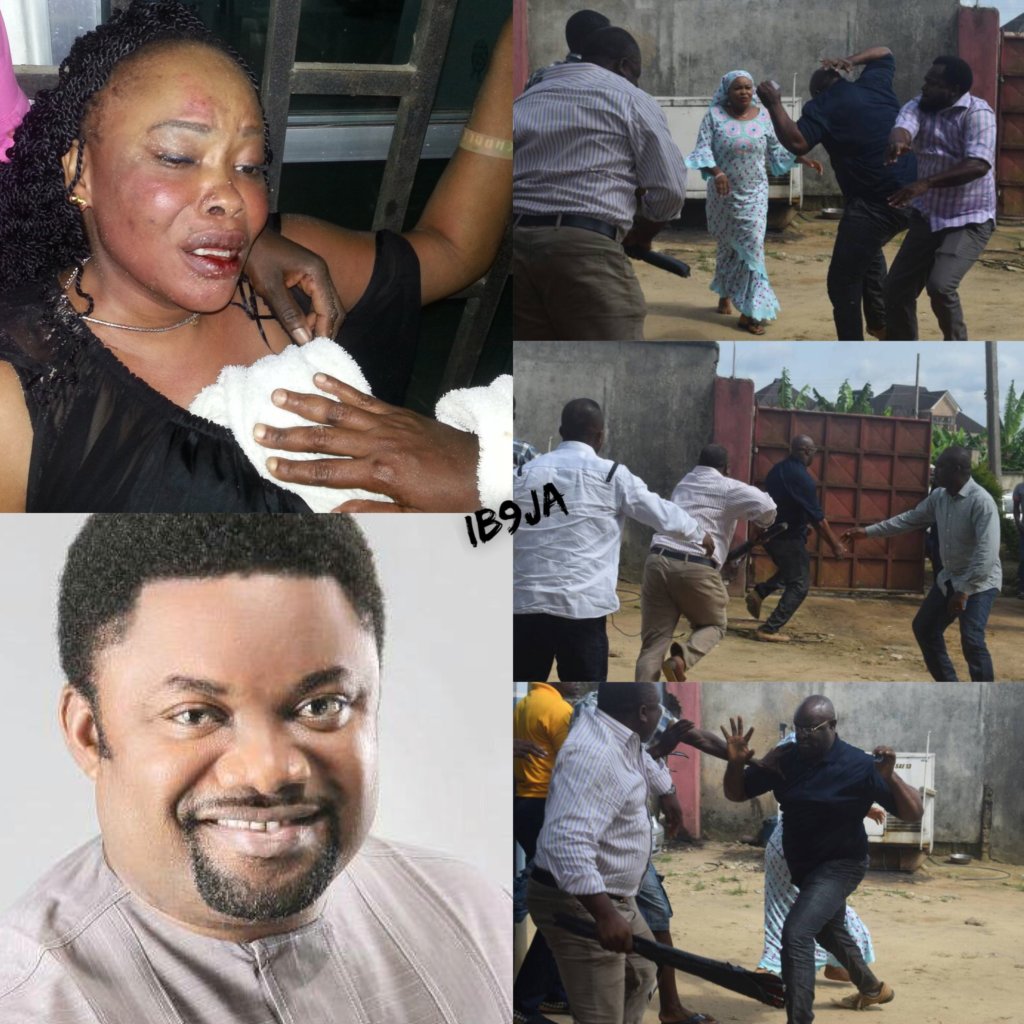 Nsikanabasi Ese, the pastor of Kairos, may have had a hint of the wife’s intention, it seemed. As soon as the wife stepped out of the car and walked up to the front of the church, a dozen of young men said to be hired thugs accosted her and told her that she did not have the pastor’s permission to attend the church service.

The incident occurred around 12 noon at Bassey Esau Street, off Aka Itiam, where the church is located.

Witnesses told Premium Times that they saw one of the thugs slap the pastor’s wife.

Mr. Ese is the same pastor who, some weeks ago, knocked down a customs officer on a highway in Akwa Ibom while trying to evade duties check, as reported by this newspaper.

Journalists who went to cover Wednesday’s incident in Mr. Nsikanabasi’s church, were violently attacked by the thugs, despite the fact that they were driving in a bus that had the name and logo of the Nigeria Union of Journalists, NUJ, on it. One journalist had his shirt torn. Another was beaten with a club.

The situation became a bit calm when policemen arrived.

The pastor’s wife, Mrs. Ese, now being more relaxed, brought out photos from her handbag and showed them around to buttress her points. She showed people a photo of herself with a bloodied face.

“That’s when my husband, so called man of God, beat me and hit me with his car and ran away with Evelyn Etim when I caught them in the hotel,” she explained.

She also displayed a photo of a young woman whom she said was that of the alleged intruder, Evelyn Etim.

“I want members of the church to know why I haven’t been attending programmes in the church,” Mrs. Ese said. “Many people have been calling my telephone line to inform me that my husband lied to the congregation that I traveled out of the country.

“This is the moment of truth. Let the people know what has been going on in my marriage and in the church…. I believed and trusted this man with my whole life. I am still asking myself one question, is this the same man who once woke me up late in the night, stood stark naked before me, poured anointing all on his head and swore that God should destroy him and his ministry the day he sleeps with any woman other than his wife!”

Mrs. Ese said she was pregnant for the pastor but that the baby died mysteriously in her womb two days to delivery some three years ago.

The programme that was going on in Kairos on the day of the incident was a “special emergency deliverance service” with the theme “One of Us Is in Trouble”.

Premium Times gathered that Mr. Ese sneaked out of the pulpit through the backdoor to an unknown destination when the commotion outside became intense. The congregation became uneasy, but the guest minister, Rufus Willie, senior pastor, Living Fire Ministries, Eket, who was delivering the sermon persuaded them to remain calm.

God should be feared. When this programme was fixed and a theme was given for it, nobody knew what would happen today ….. Truly, one of us is in trouble,” a woman who was in the congregation quoted Mr. Willie as saying during the service.

Mr. Ese did not respond to requests from reporters for comment on the issue.

An assistant pastor of the Church, Timaro Christo, told a reporter that he was going to make available to journalists a telephone contact of the church spokesperson. But he did not as at the time of filing this report.

According to some persons who claimed to have spoken with Mr. Ese, the pastor was accusing the wife of having lied to him about her age and her level of education.

The pastor has filed for divorce in a customary court in the state, Premium Times learned.

A clergyman, identified as Moses, who stood in as Mr. Ese’s father during his traditional marriage, told Premium Times that he was disappointed with what was happening in the pastor’s five-year-old marriage.

“He (Mr. Ese) didn’t give me any vital reason why he should divorce the wife, he just said the woman is harsh, the woman is this. I said to him, ‘have you reported to me since I came and signed as a father to you (during the marriage ceremony), have you brought the woman to say this is what the woman did?’

“I told him since you’ve never brought the woman to tell me this is what she has done wrong, I am not in support of your divorce,” Mr. Moses said.

“I don’t believe that Nsikanabasi is called by God…. I have told him and his mother not to come to my house anymore,” he said