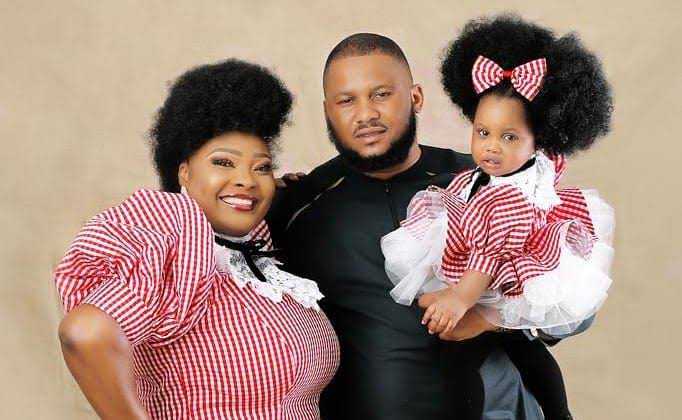 An Ogba Magistrates’ Court, Lagos on Wednesday ordered a DNA test to be conducted on Oluwafifehanmi, the daughter of a Nollywood star, Ronke Odusanya.

The trial Magistrate, Ms M. O. Tanimola, gave the order while ruling on an application brought before her court by Olanrewaju Saheed, the estranged lover of Odusanya.

The daughter of the estranged couple was born in 2019.

The popular actress and the father of her child, Olanrewaju Saheed, also known as Jago, are currently in court for several reasons including the welfare and custody of their daughter.

During proceedings on Wednesday, Saheed, through his lawyer, requested the court to order a DNA test to ascertain the paternity of the child.

Saheed’s application was based on the grounds of suspicion of alleged infidelity on the part of Odusanya.

The actress and her lawyer agreed to the request on the condition that the DNA fees and other bills be footed by Saheed.

The actress’ lawyer also pleaded with the court to ensure it is a court-supervised DNA test.

Ms Tanimola, ruling, decided on an undisclosed hospital on Lagos Island for the test to be done, and for the results to be sent directly to the court.

She adjourned the case till March 31, for further hearing.