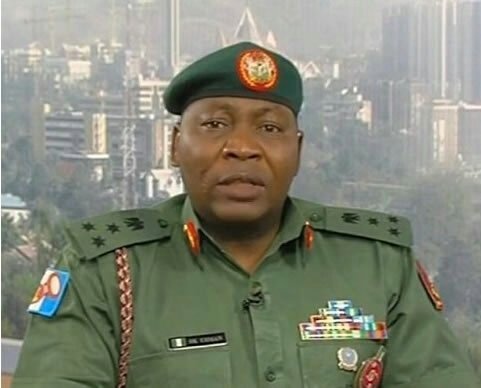 The Nigerian Army has said the recent payment of uniform allowance to officers and soldiers was not done to sway their voting toward a particular political party as being insinuated.

A statement by Sani Usman, the director of Army public relations, on Thursday, said the insinuations are untrue.

Mr Usman said the payment of uniform allowance was started in 2016 to assist troops deployed on Operation Lafiya Dole.

“The allowance was however extended to all personnel because of their increasing engagement in various internal security operations across the country.

“It is important to note that 95 per cent of Nigerian army troops will be engaged in security duties during the forthcoming general elections.

“Out of this, almost 40 per cent are in the North East.

“Therefore, it is grossly unfair and sheer mischief to associate the Nigerian army with such mundane actions,” Mr Usman said.

He urged Nigerians to disregard such “fake and unwarranted information calculated to smear the army.”

Mr Usman said investigation was ongoing to ascertain the source of such malicious allegations but warn unpatriotic individuals associated with the spread of such information to stop the mischief forthwith.

“We would like to further warn all officers and soldiers to desist from acts that are inimical to Service discipline and code of conduct.”

He restated the Chief of Army Staff’s warning to GOC and commanders that, “All Nigerian Army personnel must remain neutral, non-partisan and transparent in all their actions.

“I need to reiterate that there will be zero-tolerance for any action and in-action by commanders at all levels that is deemed tilted towards giving undue advantage to any candidate, political party, ethnic or religious leanings to the detriment of the unity and integrity of Nigeria.

“The Nigerian army has always been professional, impartial and apolitical.

“We wish to state that no amount of campaign of calumny against it would change that,” Mr Usman said.