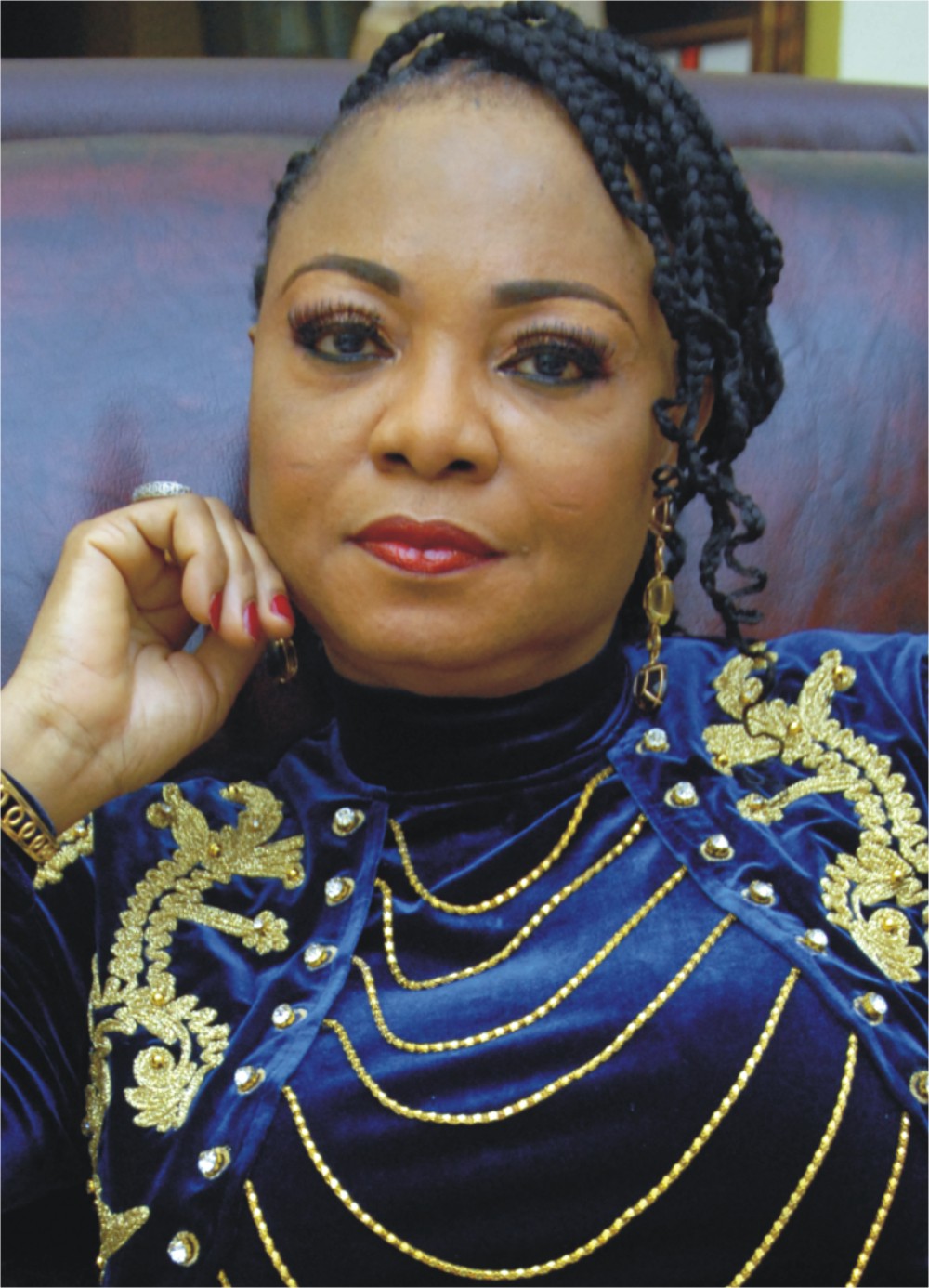 This is breaking news among Lagos politicians. It is the decision of a PDP chieftain, Chief (Mrs.) Remi Adiukwu, to join the APC. As you read this, she has relocated to Lagos. Over the last few weeks, she has held several meetings with the leadership of the APC in Lagos. She has also received the blessings of the APC National leader, Asiwaju Bola Tinubu and Ogbeni Rauf Aregbesola, the Governor of Osun State. And in the next few weeks, she would formally declare for the APC at a mother of all rallies to be held in Lagos.

For sometime now, there had been pressure on her,  from Crystal Alliance members within the PDP, APC, Accord Party, among others. Crystal Alliance is her political group founded in the early 90’s, when she ran for the office of Lagos Governor.

Over the last few years Chief Mrs. Remi Adiukwu, who lives in Abuja where she’s been an estate developer and Textile merchant, had been unhappy with the turn of events in the PDP and her followers had put pressure on her to return to her Lagos base to join forces with the Asiwaju Group in Lagos APC where she was a valued member till she left in 2007 for Abuja.

She was born on 14th February 1956 to a humble family in Oshodi-Isolo Local Government area of Lagos State.  She had her early education at Queens School, Ibadan. She proceeded to Ilorin campus (Kwara Tech) of the Ahmadu Bello University, where she was awarded her National Certificate in Education. She studied at Kessington University, Kaikua Hawai Campus, Glendale, California USA for Bachelor of Education degree.

She was awarded Masters of Business Administration (MBA) degree from the same University in 1991.

How did her political career start? We can tell you. Mrs. Remi Adiukwu’s political activism began at Kwara Tech, where she was the Vice-President of the Student Union. She subsequently emerged  the Youth Leader in Asa Local Government Area of Kwara State. She has since remained a consistent actor in Nigerian politcs.

She has been involved in national politics since the 2nd Republic. She was a Ward Executive Member of the defunct Unity Party of Nigeria (UPN) in Lagos State. In the early 90’s, Mrs. Adiukwu bestrode Third Republic politics with impressive showing as a top flight gubernatorial aspirant of the National Republic Convention (NRC) in Lagos State.

A very consistent political figure, she re-entered the governorship race in 2003 under the auspices of the People’s Democratic Party (PDP) before joining the Alliance For Democracy (AD). She served as the Lagos State Commissioner for Local Government and Chieftaincy Affairs between 2003-2005, becoming the first female ever to serve in that capacity. She was also the Commissioner in charge of the Ministry of Commerce and Industries. She ran for governorship in 2007 on the platform of ACN along with 7 other aspirants but Asiwaju Bola Tinubu’s Chief of Staff, Babatunde Fashola emerged as the favoured candidate. She felt edged out and she left for the  PDP. She relocated to Abuja to pursue her political career.

She has also done well in business. Many don’t know she started off as a Banker with impeccable track record, training and expertise in Banking. She became the Foreign Exchange officer with the former Bank of Credit and Commerce. She subsequently moved to Owena Bank and served in several capacities and at different times as Manager in charge of Foreign Accounts Reconciliation, Foreign Trade Department.

Mrs. Adiukwu was the Vice-President of Women In Banking (Nigerian Chapter) between 1986-1989. She ventured into entrepreneurship in 1985 and within a short period recorded tremendous success as Managing Director of Skincourt Limited, a commodity trading company and she has also served as a member of the Board of Nigeria Railway Corporation and Chairperson of Mona-Dona Holdings Limited.

Her first marriage to late Chief R.O. Adiukwu, (a retired major) is blessed with 3 very successful children: Jude, (a lawyer), Fidelia (also a lawyer and Michael, (an Economist and Banker). She is blessed with grand children also.

Why Remi Adiukwu is seen as a political asset is because of her grassroot strength. She is not only a grassroot mobiliser, she enjoys the support of many grassroot members across Lagos state. Her years as Commissioner in charge of Local Government and Chieftaincy Affairs enabled her get closer to the grassroot, because she directly interfaced with traditional rulers, Baales, Chiefs across Lagos. She also got close to the women folk.

Over the years, she built a formiidable political structure that has become an asset to any party she goes. She also has a cult-followership in the Lagos political space,especially in the Oshodi area of the state, which is her base.

She is the Yeye Oba of Isolo, Iyalaje of Lagos, Yeye Oba of Ipinrindo, Ijesha, Gbegba-Aje of Ilugun-Abeokuta, Otun-Iyalaje of Isolo and Lika of Oke-Ona. She was also conferred with the title of Agu Lolo Nwanyi Ndi Igbo (Lioness of Ndi Igbo) by the Igbo community in Lagos.

Apart from politics, she is a successful businesswoman. She is a Textile Merchant with a big textile store in Abuja and an estate developer.

Already, she has relocated to Lagos ahead of her declaration, which is due in  a few weeks time, barring any change of plans. Remi Adiukwu, who is politically strong in Lagos politics relocated to Abuja about 15 years ago, after she was edged out of the race for Lagos governorship, which BRF ended up getting on the platform of ACN.

A great mobiliser, Adiukwu has agreed in principle to work for the APC, especially the Tinubu political camp.

She respects Asiwaju a lot and she calls him My Oga. She believes Asiwaju is and remains her political leader, that must be respected. She served as Commissioner under him.  She is a strong political figure and a  Women Leader in her own right. Lately, Remi Adiukwu has been seen with Governor Rauf Aregbesola of Osun State, who is her  political associate. Both were Commissioners under Asiwaju Bola Tinubu.

Governor Aregbesola is a loyalist of Asiwaju Bola Ahmed Tinubu, the APC National Leader. Therefore, Adiukwu’s frequent presence at series of events attended by the Osun State Governor especially Aregbesola’s presence at her family event held in Lagos recently further fuelled the rumour of her defection to APC. It was also seen as a final arrangement to reconnect Adiukwu  back with the progressives.

What she has going for her is her good name. Remi Adiukwu is a name that readily rings a bell politically in Lagos.

She has been the Chief Executive Officer of Ashoebi Galleria and Emporium. She turned 62 on Sunday, February 14, 2018.