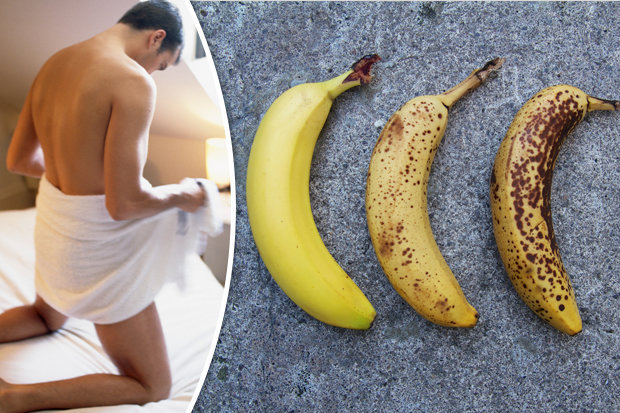 There is a penis disease that makes sex virtually impossible according to experts. This is the warning sign of that disease.

This is the earliest warning sign of Peyronie’s disease.
As humans, we are all different shapes and sizes. The same can be said for penises.
Recently, the Daily Star Online asked our readers what shape of penis they had.
Surprisingly, 13% of the 1,000 male respondents said their penis had a dramatic bend – something that could be a sign of Peyronie’s disease.
Before the penis becomes bent, however, the first sign of Peyronie’s disease is pain with an erection or a lump in the shaft of your penis when it’s flaccid.
Speaking to the Daily Star Online, Dr. Seth Rankin founder of the London Doctor’s Clinic added: “The bend usually comes later but not always.
“Peyronie’s disease is scar tissue in the shaft of your penis. It causes painful erections and very often a bend in your penis. Sometimes right angles or more.”
If you have this condition, Seth warned that is can make intercourse “impossible”.
He added: “Despite the temptation to joke about doing it around corners or getting a bit on the side it is not funny for the sufferers.
“It often goes away without any treatment needed but sometimes needs surgery – which can be troubling, as it often means a loss of length…”
Peyronie’s disease is a serious condition that affects around 3 to 7% of men and is more likely to affect men over the age of 40.
The most common form of Peyronie’s disease is mild and people with the mild form can expect their penis to heal without treatment in six to 15 months.
However, in more severe cases the hardened plaque caused by the disease can reduce flexibility, induce pain, and force the penis to bend during an erection which can make sex painful and impossible.
Medical treatment is needed in the severe cases where doctors can advise the best course of action, but if you see any of these warning signs it’s best to see your GP.
***
Via Daily Star UK
The Penis Disease That Makes Having Sex Impossible – Here Is The Earliest Warning Sign was last modified: August 9th, 2017 by Arinze Ago