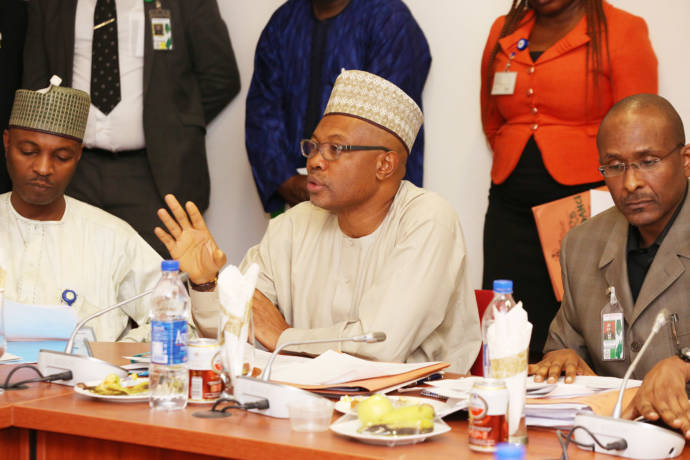 The Permanent Secretary, State House, Mr Jalal Arabi, is not on suspension as erroneously reported in some quarters.

Mr Arabi is at his desk dutifully attending to important state matters and is not under any probe, neither is he a subject of any enquiry.

Also, there is absolutely no truth in the spurious allegations levelled against the Permanent Secretary and his office in the fictitious report published by an on-line medium.

“I remain committed and dedicated to the professional discharge of my duties and I refuse to be distracted by adversarial forces,” Mr Arabi said.

The Permanent Secretary and other Muslim faithful attended the Juma’at prayer at the State House mosque this afternoon with President Muhammadu Buhari in attendance.

Permanent Secretary Of State House, Jalal Arabi, Not Suspended was last modified: May 5th, 2017 by Reporter

Say What? Babysitter Lands In Hospital After Inserting A Baby In Her Vagina [OUCH!]