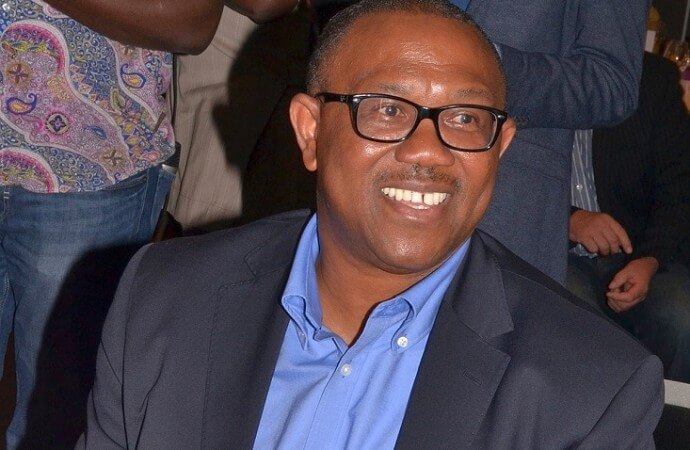 The Manager of St. Kizito Secondary School, Umudioka, Anambra State, Rev. Fr. Nonso Okoye, has described the immediate past Governor of the state, Peter Obi, as the best Governor since the state was created.

Fr. Nonso was speaking at the weekend when Obi paid a visit to St. Kizito, which was one of the schools he returned to the Church in 2010.

In the cleric’s words, “Mr. Peter Obi has remained my best Governor since the inception of Anambra State. When he was the Governor, he touched every nook and cranny of the state. In the health sector, he did wonders in the state.

“In the area of road construction, he made Anambra to be a state with the best network of roads. He remains the only Governor in Anambra State that did not leave debts and arrears of salaries at the time he handed over.

“In the area of education, oh, he was exceptional, which all of us, including our school, can testify to. Obi has remained an icon, an institution. The way he treats people manifestly shows him as a good man.”

Speaking later, Obi thanked the cleric, staff and students of the school and reminded them that they must at all times strive to match the infrastructural improvement of the school with good performances and being many notches ahead of others in values, manners and morals so that when they graduate from the school, they would be intellectually and morally fit to conquer the world.

The highlight of the visit was the presentation of a cheque of N1 million to the school for continued infrastructural development.

Speaking on behalf of the students, the Senior Prefect of the school, Miss Onochie Perpetua, said that the visit would remain green in the memories of students.

She thanked Obi for remaining a noble role model in Nigeria and assured him that the students would always abide by his fatherly advice at all times.