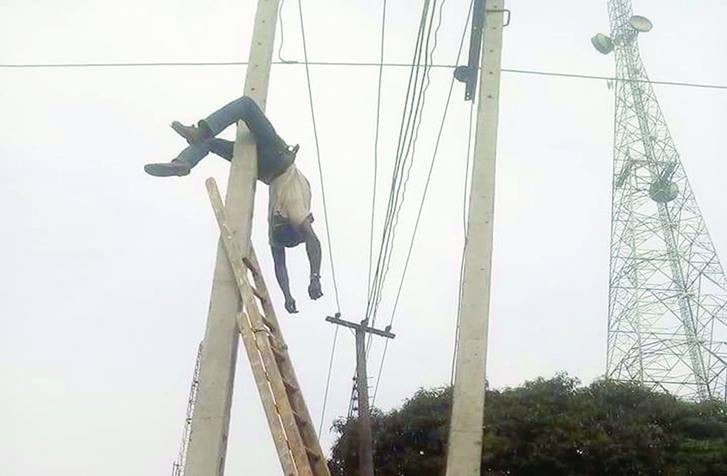 A staff of the Abuja Electricity Distribution Company AEDC, Muhammad Lawal, was on Wednesday, March 20, 2019, electrocuted while going about his normal routine.

Muhammed and his colleagues, according to report were out and about disconnecting the electricity for defaulting electricity consumers in Keffi, Nasarawa state.

While they were in a particular area, they called their office to disconnect power in that area and this was done. Sadly as Muhammed was about to remove the cables of defaulting consumers from the pole, power was restored and he was electrocuted.

He was buried immediately according to Islamic rites. He is survived by  a wife and two children.