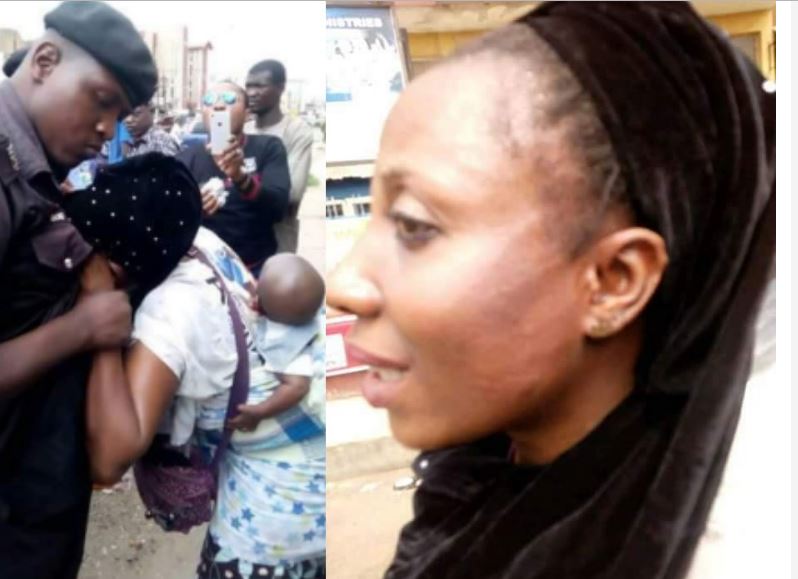 The policeman pictured above, Kehinde Agbede, has been accused of beating a married woman with her child on her back in front of Adamasigba, Mokola, Ibadan.

According to twitter user @bolaNLee_c who shared the story, the woman was slapped by the policeman after she cautioned him not to cause accident because of the N50 bribe he wanted to collect.