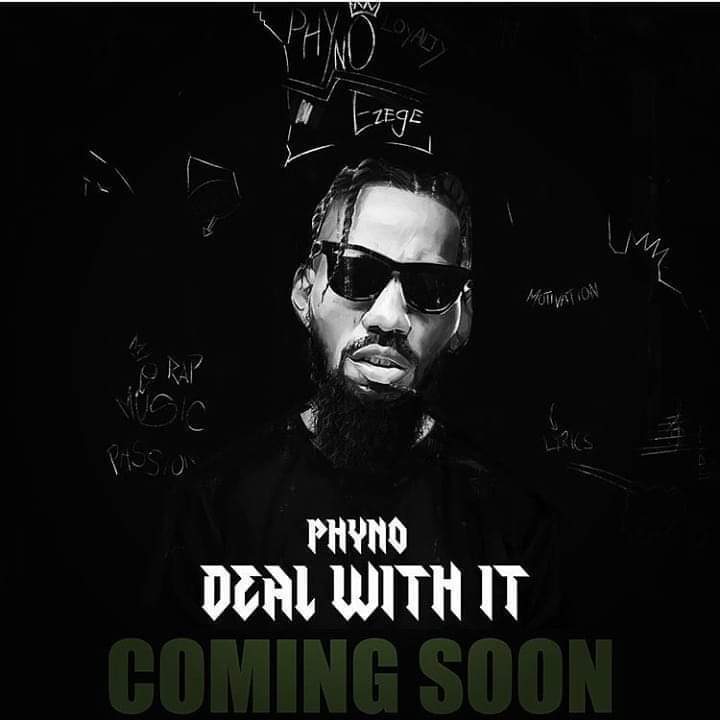 Nigerian rapper, Chibuzor Nelson Azubuike better known as Phyno, has announced the release date for ‘Deal with It’, his forthcoming album.

The 32-year-old hip-hop star took to his Instagram page on Wednesday to share the project’s album art and its release date. According to him, the new album would be out on September 4, 2019.

‘Deal With It’ would be coming as Phyno’s third studio album, following the release of ‘The Playmaker’, his 12-track sophomore project, in 2016.

Although the songwriter didn’t make further disclosures as regards the forthcoming project, the album art readily suggests that it would span a number of songs bordering on crime, religion, the pursuit of wealth, the state of the nation, and Phyno’s introspective lifestyle.

From amassing a hoard of prestigious awards and nominations to putting out hit singles and collaborative releases, Phyno has earned himself much reputation on account of his unique niche and endocentric style of music.

The record producer’s career has also seen him work with the likes of Olamide, Timaya, Flavour, Ruggedman, Bracket, J. Martins, Mr Raw, Umu Obiligbo, among others.

Phyno Announces Release Date For His New Album, ‘Deal with It’ was last modified: August 22nd, 2019 by Damilare Salami