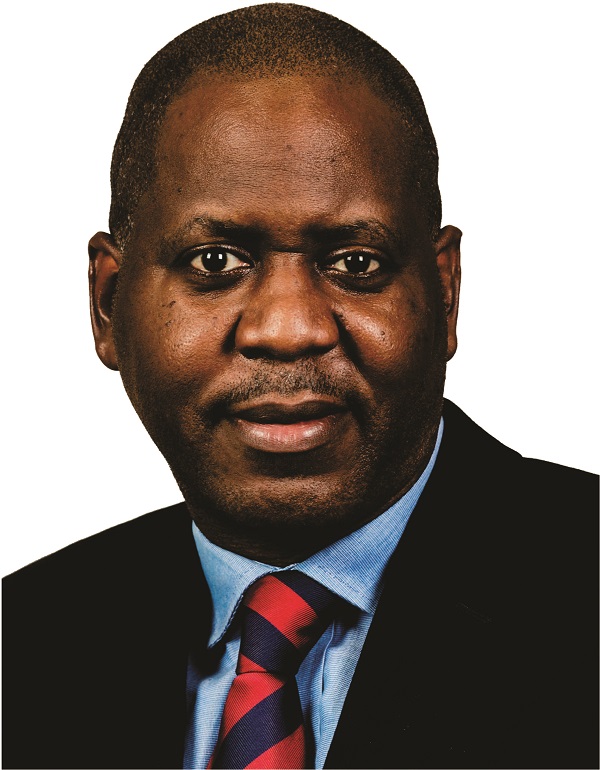 The Nigerian Institution of Estate Surveyors and Valuers, Lagos branch, very recently, held its elections and had a new Chairman installed to steer the ship and run the affairs of the hugely respected body. The new chairman is ESV Olurogba Orimalade, the extremely focused and accomplished Estate Surveyor and Valuer who was, in the last two years, the past Vice Chairman of the institution. You only need to engage this highly trained professional for a few minutes to appreciate how grounded he is in his line of business. He could hold an entire hall spellbound for hours non-stop, regaling everyone with his immense knowledge and passion for the job and teaching them the dynamics of his profession.
Apart from being the current chairman of NIESV, Lagos State Branch, Mr. Rogba Orimalade is also the Principal Partner of Rogba Orimalade & Co, Estate Surveyors, and Valuers. CITY PEOPLE’s WALE LAWAL caught up with the gentleman at the recently held City People’s Real Estate Awards, where the institution he heads, (NIESV), got a Special Recognition Award for their remarkable performance in the Property and Real Estate sector. He shared with us his plans for NIESV as the newly elected chairman and opened up on the challenges they face with quack estate surveyors littering the industry.
How has it been sir, taking over as the newly elected chairman of the Nigerian Institution of Estate Surveyors and Valuers, Lagos branch?
Well, so far, so good. The good thing is that I’m not new to the executive of the institution. I was the Vice Chairman for the past two years. I‘ve also been in the executive committee for the past four years. There’s a little bit of difference though in terms of me assuming full leadership position, but in terms of the workings of the institution on the branch level, it’s something that we all know what is expected of us, I mean anyone that is chairman. So, it’s more or less still the same philosophy that we are preaching to run the branch for the next two years.
Before you take us into a bit about your back ground, sir, briefly educate us on what the association has been specifically set out to do.
Well, permit me to use an illustration to capture the essence of what we do. If you have an uncle for instance, that wants to develop a property to generate rental income for him or her, you consult an estate surveyor and valuer first to advice you regarding the best location to set up that kind of property. That’s part of the skills that we have, which is feasibility and value ability appraisals.

From that level, you commission, still, an estate surveyor and valuer to get the land. That again is one of our skills. After you get the land, you now think of getting a team to build it, whether it’s a bungalow or a detached house. For you to get a team, you need someone to manage the construction team, and that’s project management, which is also part of the services we offer. By the time you’re building, you also need a professional to give you analysis on what kind of design that type of development should be, for instance, should it be a two bed room, or a three bedroom, we’re still consulting. By the time you finish that kind of development, you’re now left with a situation where you want to lease the property and you want to manage the property. We have facility managers and we have property managers, it’s all part of our training beyond just leasing. Also, that same property that’s completed, you want to take a loan from it, you consult us, we are

We have facility managers and we have property managers, it’s all part of our training beyond just leasing. Also, that same property that’s completed, you want to take a loan from it, you consult us, we are valuers by the statutory laws guiding us. So, all in all, from the beginning to the end, in the built environment, you cannot do without the services of an estate surveyor and valuer. That, in a nutshell, is the bundle of services that we give out to our clients. That’s basically what estate surveying and evaluation is all about.
Take us a bit of your background, sir. How did you find yourself in this highly revered profession?
Okay. By God’s grace I read Estate Management from the University of Lagos. From there, I have not looked back. I have worked with one of the oldest estate surveying firms in Nigeria, Adegbemile, Agangan, Akinlosotu & Co (formerly Fox & Co) that’s where I cut my teeth from. I was there for six years. From there, I went to Intercontinental Properties, that’s the Real Estate arm of Intercontinental Bank at that time. I was there for a short period, for like a year, after which I set up my firm, Rogba Orimalade & Co, Estate Surveyors and Valuers. For over a decade we have been existing and in business, getting to twelve years now. We do estate surveying, evaluations, property management, all facets of real estate services are what we offer.
I know there must be quite a handful of challenges the Association that you lead at the moment must have to deal with in terms dealing with the public, particularly dealing with quacks and people who seek to cut corners in the business, do share a bit of that with us.
Well, yeah, first of all, our profession over the years kind of rested and relaxed a little bit in fighting the issue of quacks. And when I say fighting the issue of quacks, we didn’t bring ourselves out to show the populace what we’re really about and what we stand for. We held back a little bit and felt that with time, people would be able to differentiate between who a professional is and who a quack is.

That’s been a challenge because, unfortunately out there, to a large extent, people feel the only thing we do is just estate agency, so they equate us to that. But I think that has changed from the enlightenment that we’re now doing. We’ve been trying to make people realize, through consistent enlightenment, exactly what we do, just like I did with the illustration I gave you. That’s what we’ve been trying to do for the past two to three years.

The momentum will continue. So, it’s not about fighting anyone, truth is you cannot give what you don’t have. It’s just for us to educate the public and let them know there are risks in talking to people that are not regulated. We are regulated. If you wire one million naira into my account to do a job for you, you know I’m not running anywhere because you know there’s a regulatory body that you’re going to go to.

But, these other people, what else do they have? There’s no regulation. So we’re trying to stress that fact. What we’ve also done is that, we have created another body under the main umbrella which will take in these people, meaning you don’t need to be a graduate of estate management for you to be able to do a certain level of estate agency, so, we’ve now created a little level playing field for people to come in so that they can also have a bit or regulation. We are not trying to force everybody to be with us, it’s all about bettering the system, it’s all about bettering the environment. So, that’s the system we’re adopting and to a large extent, a lot of people are appreciating that.
How has the economic situation affected your industry, despite the fact we have had developers springing up everywhere alongside mortgage homes agencies, would you say the impact has been severe?
The truth is that, it has affected every facet of the economy, that’s the honest truth. But people will always keep buying houses, whether the economy goes down to rock bottom, you will always get people looking to buy or build, you can’t take that away. It has hit basically the commercial end, which is the office and the retail, like the malls. It has hit them badly. You know, in the malls, most of the tenants you have there are foreign companies who have come here to sell their products, so it’s affected them. It has affected office also, because of the long gestation period to build an office complex, it’s very hard for you when you’re building an office complex from

You know, in the malls, most of the tenants you have there are foreign companies who have come here to sell their products, so it’s affected them. It has affected office also, because of the long gestation period to build an office complex, it’s very hard for you when you’re building an office complex from foundation up and then see the way the economy is going and say you want to adjust, you can’t adjust.

But I believe that, somehow, the market is adjusting itself automatically. We have a shortage of housing, so it’s all about being strategic and being able to focus at a particular point in time the area in real estate that matters the most. So, it’s all about strategy and that’s what a lot of us are doing now. But the market is gradually changing now, it’s coming up again and we’re positive that in the not too distant future, things will become better.

Why AINA GOLD Estate Land Is In Hot Demand!