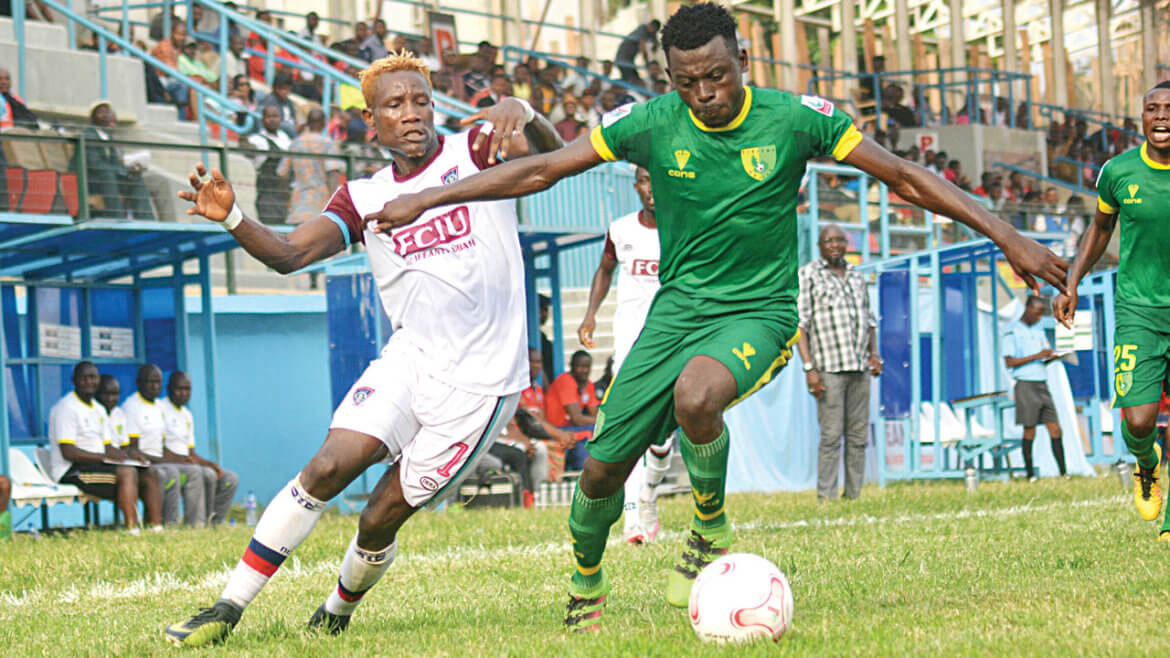 The management of Nigeria Professional Football League champions, Plateau United Jos has debunked reports making round that the club was in a state of crisis and quagmire ahead of clash with the USM Algiers of Algeria.

The club in a statement signed by its Media Officer, Albert Dakup said the reports weren’t only baseless, unfounded and fictitious, but a calculated attempt by mischief makers to distract the team as it prepares to host USM Algiers of Algeria ahead of 1st leg of CAF Confederations Cup play-off in Lagos tomorrow.

Dakup explained that in as much as the management of the team and the Plateau state government are not happy with the club back to back defeat in the NPFL, they never consider sacking Coach Kennedy Boboye and his technical crew.

He noted that upon the team return from Nnewi, Anambra where the team recorded its heaviest defeat against Ifeanyi Uba, both the management and the technical crew held a meeting and all issues relating to the team poor performance were sorted out with a view to in order for the team to come back to winning ways.

The club urged members of the fourth estate of the realm to always cross-check their facts before going to press in order not to feed the public with falsehood.

“The club doors are widely open at any time to journalist who wish to find out information on the club activities so as to feed the public with correct and unbiased report,” it said.

It added that the club would like to use this medium to commend journalists for their unwavering resolve in reporting the club matches and assured of close collaboration in attaining set goals.

The statement equally called on Nigerians especially Lagos fans to come out enmasse to cheer the team to victory as they host USM Algiers at the Agege Township Stadium on Saturday.

READ ALSO: “MY MOTIVATION IS TO FINISH SECOND” – JOSE MOURINHO