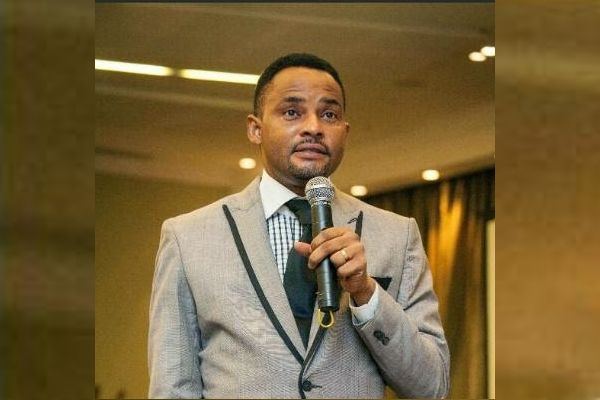 Below is an official statement signed by PMAN executives regarding what the describe as ‘illegally assembly‘ of people the association doesn’t recognise as it’s members.

Read the statement below…

It has just been brought to notice and attention of the National Executive Council of the PERFORMING  MUSICIANS EMPLOYERS’ ASSOCIATION OF NIGERIA (PMAN) that some recalcitrant, dissident and estranged persons, which include but are not limited to Tee Mac Iseli, Orits Wiliki, Murphy Van Anthony, Omas Lance Perry, Keston Okoro and others conspired to illegally assemble themselves in Abuja on 31st January, 2017 primarily to perpetrate an unlawful act, that is, to hold  what purports to be a  National Delegates Conference of PMAN. Wherein a kangaroo election that is void abitinitio was allegedly conducted without the minute/ minimal compliance with the PMAN’s Constitution and due process of law.

Moreso, when the said purported election tagged “illegal act” was allegedly conducted in flagrant disregard and utmost disrespect to valid court processes pending before a court of competent jurisdiction in suits no: NICN/LA/272/2015 AND NICN /LA/ 537/2016. Consequently, the current real authentic  National Executive Council of the duly registered PMAN, with Mr. Pretty Okafor as the  duly elected substantive President hereby dissociates itself wholly and entirely from  the said  jamboree that looks like an election. PMAN further enjoins the unsuspecting members of the public to refrain from dealing with those rascals, who in a deliberate attempt to deceive and mislead members of the general public now parade themselves as products of the said act of illegality carried out by deviants.

We see this as a an act of economic sabotage to set back the good job that the current PMAN is doing to launch the 15 Trillion naira  economy through the G-CREATE.NG product and to help the Federal Government diversify and reflate the economy thereby getting us off our present economy stranglehold. PMAN is undeterred and absolutely resolved to do same and will not be browbeaten intimidated or harassed from pursing this noble cause to its logical conclusion. Anybody, corporate organizations, government who supports and does business with those fraudsters is by default working in contrary to this noble cause of reflating our economy and so does this at his or her own peril.

PMAN takes no liability whatsoever and howsoever for any acts, commissions and omissions of these enemies of progress who are permanently and consistently pursuing their greedy and selfish agenda which is anti- people, and geared towards sabotaging the good deeds and efforts  of the current executive that is determined also to make life better for musicians and Nigeria as a Nation.

Media houses to TAKE NOTICE that any services they rendered in recognition, and on behalf of the said illegal body without due consultation with, and clearance from this current executive of PMAN, will be viewed and /or deemed to be an act of conspiracy to commit a crime, and acts of economic sabotage or perfect an unlawful act. Thank you.