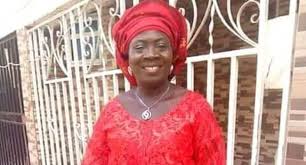 The Kogi State Police Command has arrested six persons in connection with the gruesome murder of PDP woman leader in the state, Mrs. Salome Abuh. Recall that Mrs Abuh was burnt to death by political thugs during the November 16th governorship election in the state.

Confirming the arrest of the suspects, the state police command spokesperson, William Ayah, said the suspects were brought in on Friday. He said the police have begun the interrogation of the suspects to ascertain their level of culpability in the death of Mrs Abuh.

Ayah added that the outcome of the investigation will be made public as soon as it is completed.