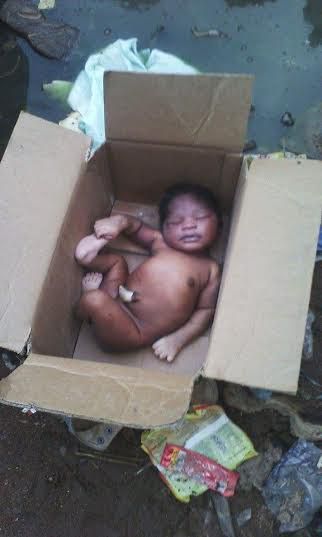 A statement from the State Police Public Relations Officer, Haruna Mohammed, on Thursday in Awka, said the baby, allegedly dumped in a bush, was recovered around 4 pm by the vigilante in the area.

“Vigilante Chairman attached to Adazi-Nnukwu town, One Frank Okonkwo, brought to Neni division, a male child of about one-year-old, alleged to have been abandoned in the bush opposite Holy Trinity House Adazi -Nnukwu.

“The baby is dark in complexion and without a tribal mark,” he said.

Mohammed, however, noted that efforts were on to trace the baby’s biological parents in order to reunite him with the family.

“The Command enjoins members of the public with useful information that could help trace the parent of the child to report at Neni division or call this Police emergency number 07039194332,” he added.

READ ALSO: APC HAVE NO CONSENSUS CANDIDATE YET IN ZAMFARA – SEN KABIR MARAFA