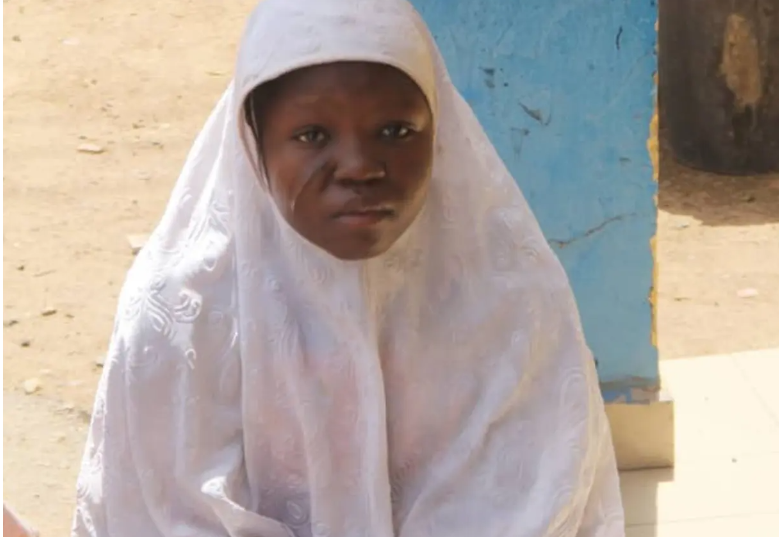 The police in Bauchi State, on Thursday, paraded 18-year-old woman, Salma Hassan, who stabbed her husband, one Mohammed Mustapha, in the chest leading to his death.

Parading the suspect on behalf of the State Commissioner of Police, Philip Maku, the Bauchi State Police Command’s Police Public Relations Officer (PPRO), Mohammed Ahmed Wakili, disclosed that the incident happened on April 24, 2020, and was reported by one Haruna Musa at the Itas-Gadau Police Division.

The deceased, according to the police image maker, was rushed to the general hospital in the town, where the late Mustapha was confirmed dead.

According to him, the suspect on her arrest confessed to the crime, adding that a knife was recovered as an exhibit.

“On the 24/04/2020 at about 0900hrs, one Haruna Musa ‘m’ of Itas-Gadau reported at Itas-Gadau Division, that one Salma Hassan ‘f’ 18yrs of the same address stabbed her husband one Mohammed Mustapha on the chest, as a result, he sustained serious injury and was rushed to general hospital Itas–Gadau for treatment where he was certified dead.

“The suspect was arrested and confessed to the crime. Exhibit recovered from the suspect was one knife,” the PPRO, A Deputy Superintendent of Police (DSP), stated.

Asked why she stabbed her husband to death, the suspect told journalists that she was tired of the deceased’s sex exploits, adding that her parents never told her that her late husband would be having sex with her.

According to her, as of the time of the incident, their marriage was only 11-day-old.

“It was too much for me and I got tired of this. As I could no longer bear frequent sex that he was having with me, I took a knife and stabbed him to prevent further sex,” the suspect said.

READ ALSO: HOW ELECTIONS WILL BE CONDUCTED DURING COVID-19 PANDEMIC – INEC

Police Nab 18-Year-Old Woman Who Stabbed Her Husband To Death Over Sex was last modified: May 22nd, 2020 by Damilare Salami

How Elections Will Be Conducted During COVID-19 Pandemic – INEC