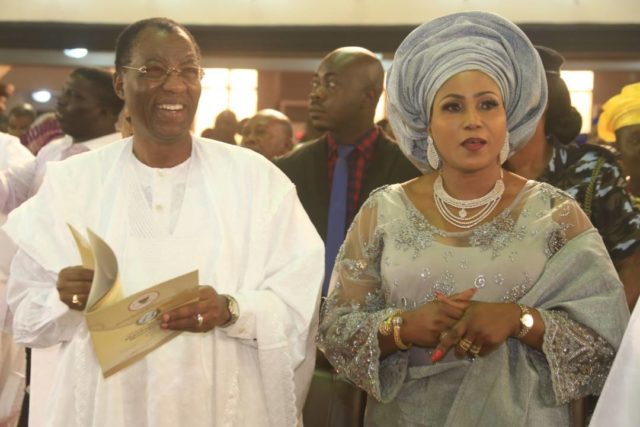 Former Ogun Governor Otunba Gbenga Daniel who is Alhaji Abubakar Atikus Campaign DG hosted many of the big players in Ogun Politics across the political divide on Sunday, January 13m 2019, at his Shagamu home in Ogun State.

It was at his 2018 Annual New year Sing Song Memorial Service.
Many of the Guber candidates in the state stormed the church service held at Abraham’s Tabernacle in sagamu built by GOD in 2011 in of his late father Abraham Daniel.

Senator Buruji K of the PDP was there so also Hon Ladi Adebutu of the PDP. GNI who is the candidate of the ADC was also in attendance

Also in attendance were galaxy of royal fathers within and outside Ogun state. The Ooni of Ife, Oba Enitan Ogunwusi was also in attendance, including the Akarigbo of Remo, Ebumawe of Ago Iwoye and others,

THE JUDICIARY IS IN DISTRESS BY ERIC TENIOLA