Pope Francis Condemns Killings Of Christians In Nigeria, Calls For End Of Attacks 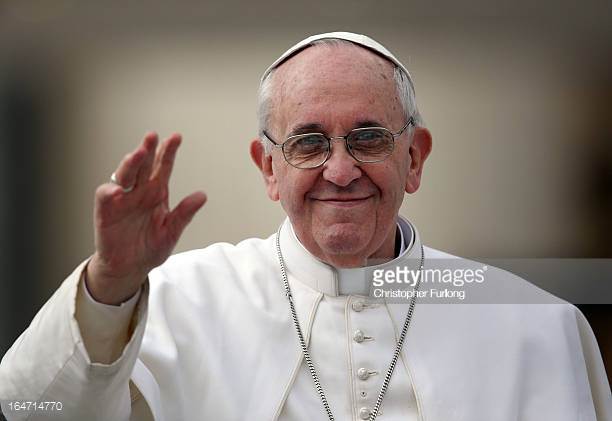 The Pope Francis has condemned the recent attack on a church in Benue state which led to the deaths of 19 persons.

On April 24, suspected herdsmen invaded St. Ignatius’ Catholic Church in Gwer east local government area of the state, opening fire on worshippers that had come for an early morning mass.

Among those killed in the attack were two priests

Few days after, another church was invaded in Logo local government area of the state. Seven persons were said to have been killed in the incident.

Speaking at the St. Peter’s Square in Rome, on Sunday, Francis called for an end to the attacks.

“The pontiff prayed that Nigeria’s Christian community find harmony and peace,” AP said in a report.

The Pope is the head of state of the Vatican and equally doubles as the successor of Saint Peter (head of the Catholic Church).

In an interview with Daily Sun, John Onaiyekan, Metropolitan Catholic Archbishop of Abuja, said the Pope is deeply concerned about herdsmen’s killings across the country.

Onaiyekan said the pontiff is well informed about developments in Nigeria.

He said during a visit of the Catholic Bishops Conference of Nigeria (CBCN) to Rome, all bishops of Nigeria gave an account of events within their dioceses.

He listed Benue bishops who visited Rome as Wilfred Anagbe (Makurdi); Peter Adoboh (Katsina-Ala); William Avenya (Gboko) and Michael Apochi (Otukpo), disclosing that they all spoke about developments in the state.

Onaiyekan said the Pope specifically asked who the bishop of Makurdi is, and, upon meeting him, held the bishop, who, in turn, wept profusely.

“The Pope is so concerned about what is happening, not only about the Benue killings but about the situation that has been going on in Nigeria for many months now, even here. He showed deep concern,” Onaiyekan said.

On Sunday, the Christian Association of Nigeria (CAN) declared a national day of protest to kick against the incessant killings.

The association, led by CAN president, Olasupo Ayokunle, also called on the federal government to end the perceived prosecution of Christians across the country.

How To Become A Shop Owner In IKEJA, LAGOS With Just N1 Million

List Of 50 Celeb Ladies With Shops In LEKKI Phase 1