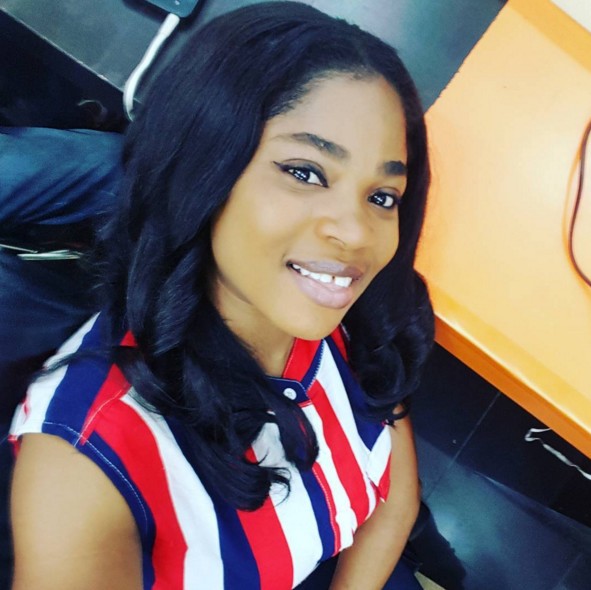 Eniola Ajao is one of the big babes rocking the Yoruba movie scene. She has featured in practically all the movies that have come out over the last 2 years. Producers want her to feature in their movies. So also Yoruba movie directors, who want love to have her on set. This is because she is good at what she does. She is a talented actress.

Last week, City People Publisher, SEYE KEHINDE got Eniola to talk about her success secrets. Below are excerpts of the interview.

You are one of the hottest actresses rocking the Yoruba Movie industry. How does this make you feel?

I feel blessed. I am very humble. It’s a good feeling knowing that people enjoy what I do. I give God all the glory.

For how long have you been acting?

Which movie launched you into the limelight?

The movie Alani Pamolekun produced by my boss Odunlade Adekola

Where did you train?

I was fortunate enough to get some training under Mr. Odunlade Adekola

Where were you born? And schools attended. Where did you grow up?

I was born in Eti-Osa Local Government in Lagos. I attended St. Michael Anglican Primary for my Primary. Then I proceeded to Army Secondary for my Secondary Education. (Boarding school in Epe local government) I later proceeded to Yaba College Of Technology for my OND (studied Accounting) finally I went to the University of Lagos for my degree in Accounting.

Do you only actor you produce too?

I’m an actor, Screenwriter, and a Filmmaker.

The grace of the Almighty God.

Where is Eniola from?

I am from Lagos state. Epe local government to be precise.

Acting started for me during my Secondary

Which caucus do you belong to?

Actually, I started acting while I was in Secondary School. I was the leader of the drama group, and debate in Secondary School. Then in 2004, I was working as an Account clerk in a firm where I came across Mr. Adesanya Adeshina a.k.a Great Value.  He is a well-known Producer in the industry. He heard about my passion for acting and took me under his supervision for two years. Further on, I stopped acting for a while because I needed to finish up with my degree. Then in 2010 when I was already done with school, I made that decision to come back to the industry, and I was fortunate to get some training under the supervision of Mr. Odunlade Adekola.