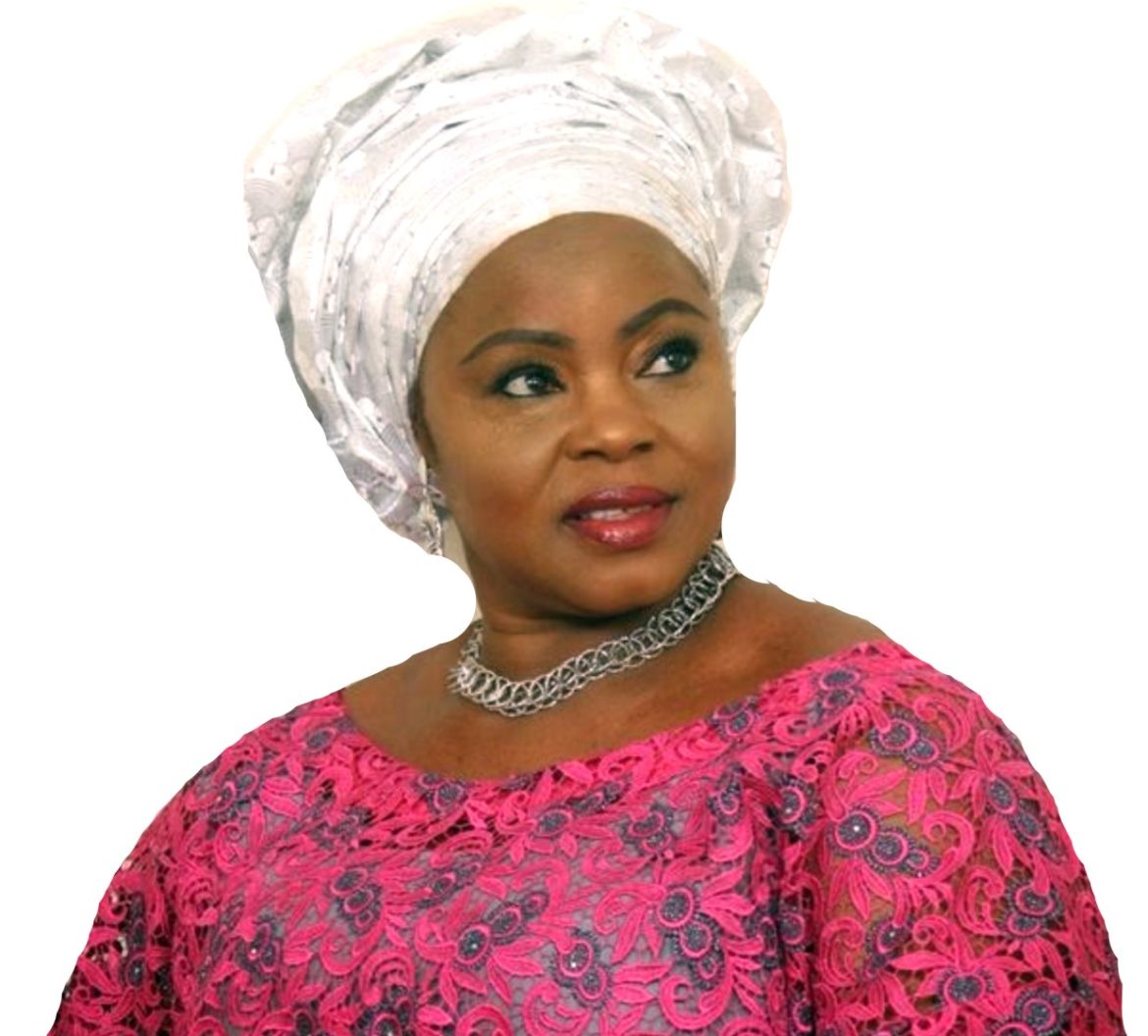 •Reveals The Story Of Her Life

Within the Yoruba movie industry, she is quite popular. This is because she is one of the most experienced hands in the industry, trained by the big names. The big news is that Yetunde Wunmi, whose real name is Alhaja Taiwo Akinwande will be 60 next month and she will be celebrating it on 23rd February, 2020 in Lagos.

Yetunde Wunmi, is a popular Yoruba actress whose real name is Hassanat Taiwo Akinwande. She was born 57 years ago exactly February 22, 1960. She started her educational career with Ansar Ud Deen Primary School, Ilaro, Ogun State. She grew up in Egbado and Ibadan with her parent, Mr. Surakat Akinwande and Mrs. Olufunke Sabainat Akinwande.

The actress  made her debut in the TV Yoruba series “Feyi Kogbon” in the ’80’s. Hitting the landmark of close to 40 years as an actress she said many people who started the same time with her are no longer around. “A lot of people started that same time but they’re no more. Some are just there. I am not saying this to sound arrogant or mock anybody; I am just praising Almighty Allah for his love and mercy on me and my family.”

Yetunde Wunmi’s major break-through role was in the weekly Television Programme ‘Feyikogbon’ where she starred as Yetunde in various series then. Her husband did not agree with her chosen career and this had an adverse effect on her matrimonial home. But today she has reasons to give thanks to God. The marriage is blessed with children. She is one of the most notable actresses in the Yoruba movie industry. She joined the acting world as an apprentice under Sunday Akinola (Mogaji Feyikogbon) but later left in 1989 to team up with the Late Alade Aromire.

The light-complexioned actress has appeared in so many movies that she has even lost count. These includes ‘Odun Mejo’, ‘Opa Ajobi, ‘Ade Ori’, ‘Omo Okunrin’, ‘Jawonlaya’, ‘Oro Omo Le’, ‘Aje Niyonu’, ‘Egbogi Oloro’, ‘Ori OIowo L’ori Mi’ and so many others. Taiwo Akinwande whose experience on stage, television, and films has seen her bestride the entertainment world as a colossus has several awards to her credit. Taiwo had a very bad experience during her career which she was very remorseful about. Wunmi confessed that the incident is her only regret in life.

In 2006, Yetunde Wunmi had a set back when she was arrested by the NDLEA for drugs.  Speaking on the scandal she said “it was a shocking and sad experience, but despite that she still held on to God. Recounting the sad moment she said this – ‘Today everything is new in my life, and I’m always grateful to Almighty Allah who actually preserved my life during my trying period.

She has been acting for decades. We asked her to tell us the exact year she started acting? And how did she start? “I started in 1982 to be precise. I started with Feyikogbon, who was my boss then. Mogaji Sunday Akinola. I started with him.”

How did she come to the decision that she should go and act, she was asked.

“It’s God who did it,” she explained. “It was God who pushed me in that direction because as at that time, there weren’t too many artistes on the scene then as we have now. You will just see a few, of them. I just love it. But I know it’s God’s choice. You hardly see artistes everywhere. You only see them at the Cinema and on TV when she started who are those who began with her? “Those I started with and those I met with my oga, include one of my Oga’s wife Awero. She’s late now. My Oga’s younger brother’s wife, Bimbo.”

What has kept her going all through the years? What has sustained her interest in the job up till now?

“Because I could see that God was the one who directed me into acting. And I can see the blessings. If you say I have been successful as an actress, then it’s God. Some people might say they don’t like acting, but I like acting and I have made good money from it. It is from acting that I got money to build all my houses and to buy cars.

This art theatre business took me abroad. My 1st award was given to me in London. That’s why I like this job.” Has she produced her own movies? “Yes, I have done about 20 Haa! Omo Okunrin. I also did Ade Ori I have done Property (Nkan Nni) There are so many”.

But which movie launched her to limelight? “When I was with my former boss, the programme he used to do made me popular. That was where I started bearing Yetunde Wunmi. My real name is Hassanat Akinwande. When I left there, I went on to Alade Aromire Group then. He also helped me. He did a film them. He showed it at National Theatre. It was not on home video at all. The job is Nkankan. That was the title of the first movie. Then, there was another movie. Both brought me out and people came to watch it in the Theatre. The other one is Uncle Jide Kosoko, Asiri Nla. It was after that I started producing my movies”. How do you cope in a business that people, say there is no money in it? “It is the grace of God,” she explains. “Truly, there is no money in this Theatre business. I can liken acting career to teaching. Teachers teach other people, but they don’t make money. They are not rich. Going by what they do, they should be the richest people, but they are not. That’s how the theatre business is. But whatever you do, once God blesses it, you are made.

Then, once you feel contented, you would make it. Because people say no money, no money, in acting, but it is from no money in acting that I built my houses all over. Not 1, not 2, not 3. Let me stop there. this is my 3rd car. I am ok. And I am taking care of my kids”.

Looking back, at your entire career, what can you call your biggest regret

One of it was when I just started Theatre business. I had a child I gave birth to when I was still living with my Oga. So, one day, they were going to Ilorin for a stage performance. I told them I wanted to go with them. The following day I got to Ilorin was the day the child clocked 41 days. So, you can see that the child was still very small. I feel bad today that the child didn’t survive.

Each time she thinks back at the drug incident, what readily comes to mind? “Each time I think about it I always thank God because if that incident didn’t happen to me, I don’t know what else could have happened to me. I never planned it. I am the last person who should be found in that kind of problem because I used to abuse those who trade in hard drugs because of the harmful effect of drugs on society.

When I got into trouble and throughout the time I was detained, I used to tell God not to wish for me what I used to wish for people who do what I did. That used to be my prayer. Why I said this was because each time I saw people who took Cocaine and how it made them mentally imbalanced, I always felt bad. I always said if they saw people who dealt with cocaine they should be killed for destroying other people’s lives. I then found myself involved in it. I suddenly found myself in it. So, you could see why I had to be praying to God not to punish me with my wish for others, who did the same thing. I didn’t know what made me go into cocaine I didn’t know what pushed me into it. But I know God saved me for a purpose. God in a way saved me from a worse calamity then that I went through hell. It was the worst part of my life. But let’s leave it at that. I always don’t want to remember that period. It was a sad part of my life”.

After she was freed, she did a movie about it to teach other people a lesson that drug is not good. She called the movie Egbogi Oloro that’s the title. The incident happened in 2006. I left the place in 2007. I did that movie in 2008.”

How does she see the movie industry today and how does she see the view that the movie industry is not as exciting and profitable as it was before? “It is true, the movies are not selling like before,” she confirmed. “It’s because of all these internet. When we started, we didn’t use to watch movies on our phones. No cable. No Youtube. All these devices are killing the industry. When we started off. It’s either you go to the National Theatre or you wait for the release of the movie. But whoever has watched a new movie on his or her phone would he or she still go to the National Theatre.”