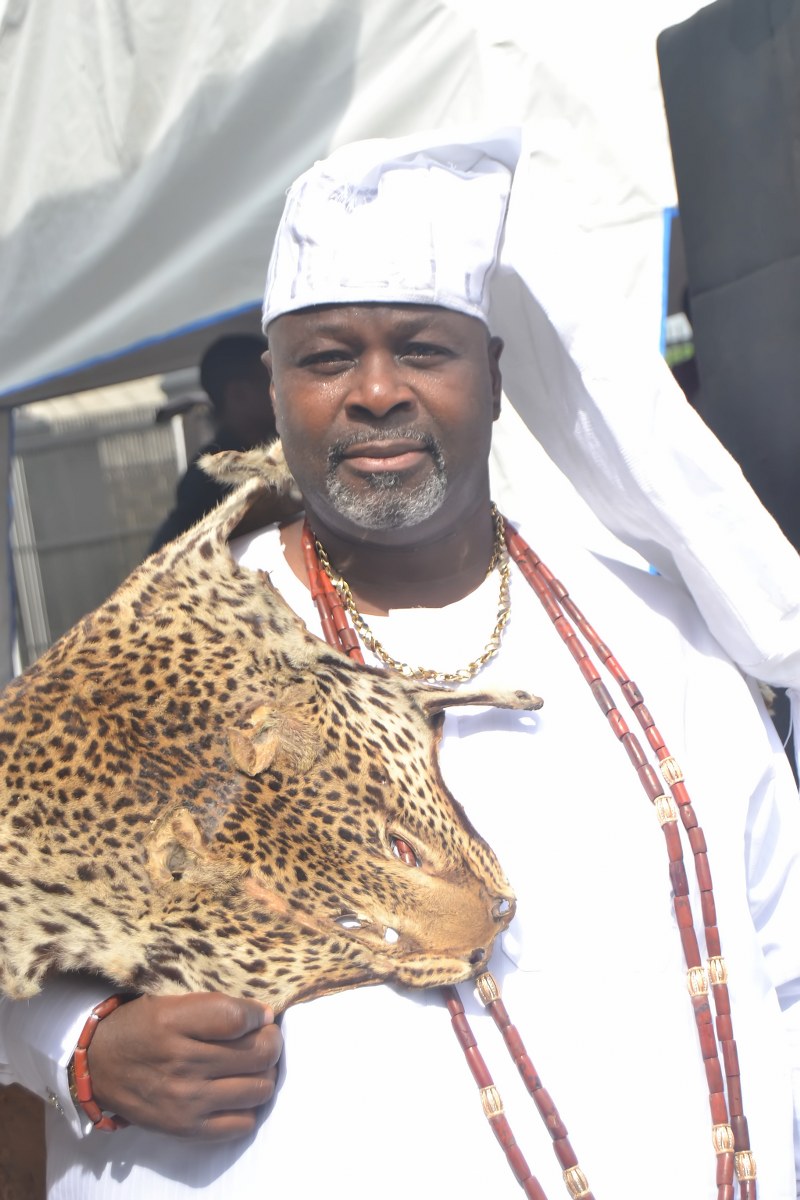 The installation started at the home of General Olusegun Obasanjo at Ita Eko, Owu, area of Abeokuta. The event kicked off at OBJ’s home because he is the Balogun Owu, and every title that has to do with Balogun has to be done at Obj’s home before they finally proceed to the Owu palace, to show the King the new chief and also receive his blessings. This is also where the new Chief will be presented his Certificate of title. The classy event was graced by Chief Rotimi Martins friends, in and outside Ogun State. Our ABEOKUTA Correspondent, Bunmi Mustapha brings you hot gists from the event.

WHY JAGUNMOLU WAS INSTALLED IN OBASANJO’S HOUSE

Although most of the chieftaincy titles bestowed to people in Owu kingdom is usually done at the palace of the Olowu, in the case of any title that is under the Balogun of Owu, the installation is usually done at former President Olusegun Obasanjo’s house in Ita Eko area of Abeokuta. After the installation rights, has been done by Obasanjo, they we all proceed to the palace of the Olowu to show the king the new Chief, and to receive blessings and certificate. This was done.

Chief Niyi Adegbenro attended. He is one of the high Chiefs in Egbaland. He is a onetime President of Abeokuta Sports Club. He is also the Osi Balogun of Owu kingdom. He came to perform his rights by praying for the newly installed Jagunmolu and also to celebrate with him.

Oba Saburi Babajide Bakre, the new Agura of Agura kingdom, Ogun State was part of those who witnessed and gave his blessings to the new Jagunmolu. According to traditional rights, the Agura is expected to be present at any function that has to do with Owu kingdom, because Owu and Gbagura people sees themselves as one family. Apart from attending the traditional rights at Chief Olusegun home in Ita Eko, Oba Saburi was also present at the reception which was held in Chief Martins home.

Chief Akin Obimakinde is one of the high Chiefs in Owu. He played a vital role during the installation at Olusegun Obasanjo’s home. He was the anchor of the day and he was the one who placed the installation beads on the new Jagunmolu.

OBA MEWA AND HIS ENTOURAGE FULLY ON GROUND

Alhaji Jubril Kusimo, one of the Clearing and forwarding top shots, in Ogun State, popularly known as Oba Mewa, graced the event. The socialite is known to grace events with his massive entourage. That was what also happened as he came with his people.

Honourable Bayo Adeyemi was a 2 term Special Adviser on Education during Senator Ibikunle Amosun’s tenure as the Ogun State governor for two terms. He is also an active politician. He aspired to contest for the house of represent to represent his people in Aiyetoro in the last election, and he was also at the installation party.

Our lecturers have comfortable sofas in their offices- UNILAG Student