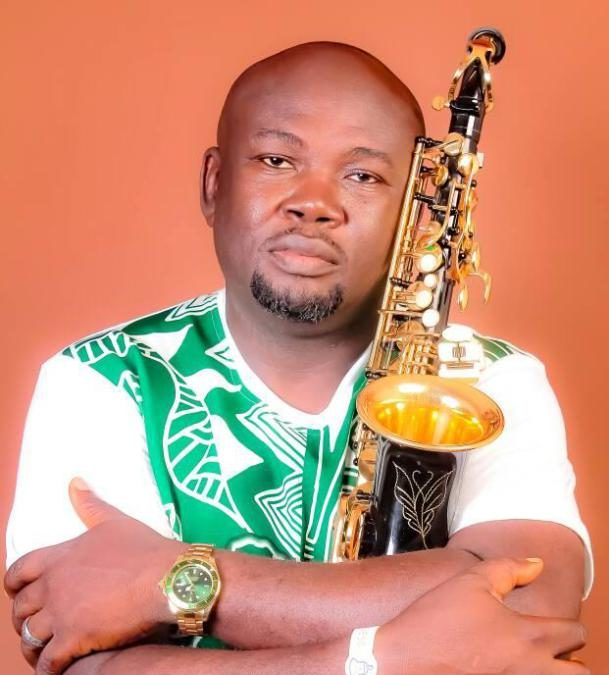 On Sunday 23rd May 2021, the well-known radio hymn saxophonist Segun Oluwayomi launched his AlujoHymn fusion series 1 at Christ Livingspring Apostolic Ministry (CLAM) in Omole Lagos State. The popular CLAM church was filled with guests and other inspired gospel artistes as they came in their numbers to support the Alujohyms Fusion vision of their celebrated Segun Oluwayomi. The event started at noon as all church members, including guests, walked into the church ready to dance and praise God with other guest ministers.

The event started with a red carpet event as guests spoke about the celebrant and his undying love for music. The master of ceremony invited some of the guest artistes which included Simply Christ ambassadors, Femi Water and many others. The Simply Christ Ambassadors consisted of Gbenga Oluwayomi’s wife Mrs Boluwatife Oluwayomi and their children as they sang beautiful songs that impressed the congregation. Guests could be seen dancing and making merry as beautiful melodious songs filled the air.

Gbenga Oluwayomi climbed the stage to lots of cheers as everyone stood up to welcome him. He then proceeded to talk about how he came about the Alujohymn Fusion series. In his speech he talked about how the pandemic pushed him to begin a vision he neglected since 2007. Pastor Wole Oladiyan was called upon to launch the CDs as the guests came in their numbers to help launch the CDs.  He also appreciated the ClAM General overseer in the person of Pastor Wole and Pastor (Mrs.) Bukola for their never-ending support. He also talked about the favour he found in Sir Ambrose Ali’s eyes who helped him redeem his vision. Segun Oluwayomi also in his speech, talked about the different testimonies by God through his works as other testifiers came on stage to talk about Gods wonders through the Saxophonist.  He ended his speech by thanking his church members for their support and he promised them he’ll do more. He took hold of his saxophone and began to minister in Hymns as he continued to minister into the lives of people present. The event ended with a vote of thanks and prayer by Pastor Wole Oladiyan. Through this event, many people could testify that God thoroughly worked wonders through songs and ministrations.