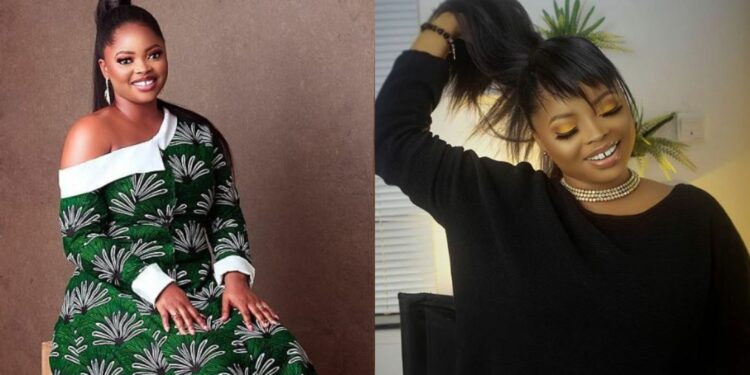 Juliana Olayode, a Nollywood actress popularly known as Toyo Baby, has recounted how a female acquaintance she had met in the course of her work had asked her out.

The film star, 25, had earlier narrated how she was sexually assaulted at 17, noting that she had wept while under the weight of a clergyman who had carnal knowledge of her as a teenager.

In a video shared on her Instagram on Wednesday, she said she had gone to visit a deluge of fans when a bevvy of ladies kept complimenting her features, but a particular woman had accosted her.

“Some said they liked my eye. But one particular lady walked up to me; complimented my eyes, nose, mouth, everything. I thanked her and didn’t suspect a thing as she’s female like me,” she said.

“As I wanted to take my leave, she asked me to give her my digits. That’s how this aunty phoned me later and I was convinced that giving her my number was the worst mistake I had made.

“She talked and I asked her where we were taking this conversation to. She then asked that she and I start dating each other. What? I hung up. I didn’t know that this thing is now rampant here.

“It was like I was drenched in cold water. I was shocked. It was just man-to-woman relations I knew. I had never seen woman-to-woman before. What’s bad is bad.

“I do not condemn anybody. And I do not judge anybody. A lot of people are on the fence on this matter, the truth that I know about this is that God is against it and so am.”

Juliana, who is also an author, is famed for her role in ‘Jenifa’s Diary’, a comedy series by Funke Akindele-Bello. She’s also a known public critic of sex before marriage among Nigerian youths.

Popular Nollywood Star Toyo Baby Reveals How A Lady Asked Her Out was last modified: July 30th, 2020 by Damilare Salami