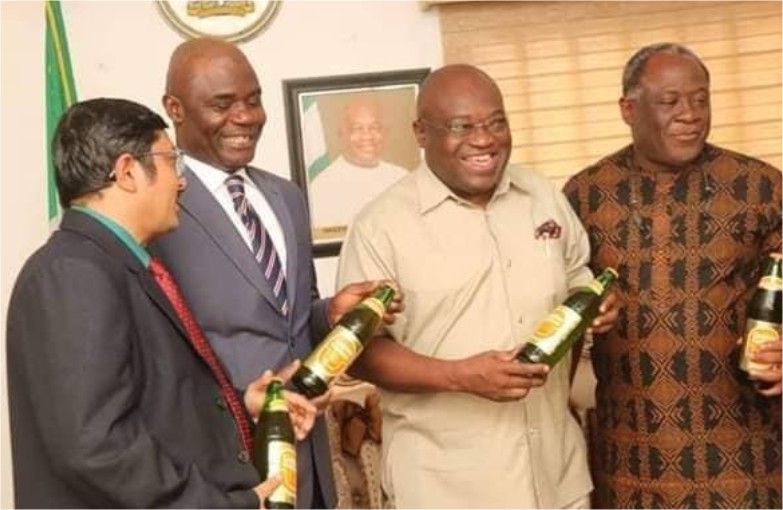 The popular beverage Golden Guinea, lager beer and other beverage firms are making a serious attempt to return to consumers’ tables as the Port Harcourt big boy, Barrister Okey Nzenwa’s Pan Marine Ltd, had finally taken over the management of Golden Guinea Plc based at Umuahia, Abia state capital.

This was made possible in April 2018 via US$9.9million loan facility the company acquired from Nigerian Export/Import Bank—NEXIM with Bank of Industry Nigeria.

The development has shown that Okey Nzenwa is a shrewd businessman, who is out to invest, generate jobs and get returns, transforming Golden Guinea lager Beer that now produces 48,000 bottles per hour, twice more than what it was producing prior to 2003 when it was gutted by fire.

For this to happen, the newly improved Golden Guinea management studied the production process of nearby beverage companies such as Nigerian Breweries located at Ama in Enugu, Enugu state, while that of International Breweries located at Onitsha, Anambra state, was also visited by Chief Nzenwa as he factored in the return of Bergedoff Malt, Eagle Stout, and Bergedoff lager beer all from the franchise it has with Germany-based Holsten Breweries has the right to produce and market these products include part of the packages.

Golden Guinea got its name in 1971 immediately after the end of Nigerian/Biafra civil conflict as it was then known as independence breweries.

Pan Marine Nigeria limited which has a majority of the shares in the Golden Guinea Plc is quoted at the Nigerian Security Exchange—NSE thus making Chief Okey Nzenwa the Chairman of Golden Guinea Plc.