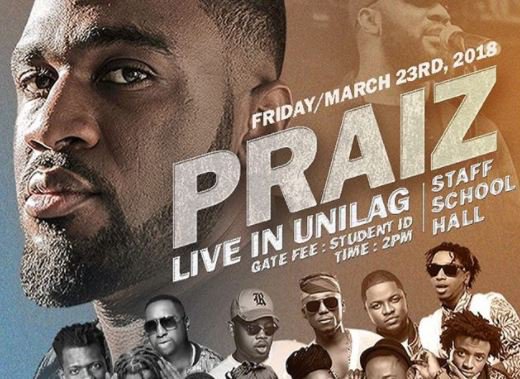 Friday is the day all University of Lagos community has been waiting for as popular R&B singer, Praiz, will be leading other stars in a concert.

The event which will be held at the Staff School Hall is free of charge for all current students of the university.

YOU MAY ALSO LIKE: COURT SNUBS KIDNAP KINGPIN EVANS’ APPLICATION TO REJECT CHARGES AGAINST HIM

In his own words, Praiz said he will be “storming Unilag with my friends. I promise it’s gonna be a great time”.