The menace of Domestic violence in Nigeria and it’s implications on the families of the victims.

Unfortunately for Sylvia or Chinyere as she was fondly called by family and close friends, she did not live to tell her own story. She was cut down in her prime by the man she loved till death did them part Obinna Akaleme, her husband. She died on the day she was due to give birth after series of miscarriages in her husband’s house.

A brief biography of the victim

Chinyere Sylvia Akaleme (nee Igbo) was born on 27 april 1981 into the family of Mr and Mrs Reginald Chiaka Igbo. The second child and 1st daughter of the family with six other siblings, Sylvia was raised in a middle-class Catholic family residing in Ajao estate, lagos where she had her nursery, primary and secondary education. She was a very bright pupil and her position in class never went below the top three. She gained admission into the university of Ilorin in Kwara state where she read electrical engineering and graduated with second class honours. She started a career in information technology and quickly got several professional qualifications including sisco into her academic profile. She started her working career with Karox computers before moving on to reliance info systems ltd where she became a product and sales manager

Her last job was with the Wini group, an Ikeja based corporation.

In 2012 she met and married Obinna Akaleme a farmer/ chef/ kitchen assistant and thus began her journey to an untimely death in the hands of the man she loved so much and catered for. She died on the on the 29th of march 2017 and she was committed to mother earth at the Ikoyi cemetery on the 19th of july 2017.

Engr sylvia is survived by her aged grandmother, her parents, siblings, uncles, aunties, nephews and nieces.

Her parents and siblings never knew Chinyere endured several years of abuse in the hands of the man she called a husband. She assumed the role of a typical Nigerian wife who must always display a non-existent happiness in a marriage filled with sadness and regrets. The only clue about what happened to her during her over five years of marriage was the account of the neighbors who narrated how on a particular night Obinna her husband beat her up and she ran to their landlords house for safety.

Also the little girl who lived with her revealed that Chinyere warned her not to tell her parents that her husband used to beat her up even while she was over eight months pregnant.sylvia and a friend at an event

That explained the reason behind the series of miscarriages she had before her last pregnancy which was full term. Her parents got worried that their daughter had about four miscarriages in less than four years decided to take her to come stay with them when she took-in after her eight month old miscarriage. She lived peacefully with her parents and her pregnancy advanced with Chinyere in good health and high spirits anticipating the birth of her child.

Unfortunately for her, on her due date, Obinna, her husband came to pick her up from her father’s house at 10 am to the hospital and as a dutiful wife she was, she obeyed him and went with him. According to the doctor, the mother and the baby were confirmed healthy on arrival and Doctor asked her to go get her bag in preparation for delivery that evening. Obinna took Chinyere to their matrimonial home.

Sadly for Chinyere, he got into an argument with her over money, beat her up so badly and left her unconscious in the house. He left the house and switched off his phone and her phone so no one could reach them. He left her in the house and every attempt made to reach them was futile.

He later returned and took her to the hospital when he discovered she was dying at about 4.30pm and did not deem it fit to contact her parents or siblings, he did this so as not to run the risk of her coming out of coma and telling her family her ordeal at the hands of her husband, it is also worthy to note that the hospital were she died is less than a hundred metres from her parent’s house. Obinna eventually came to her parents house around 8.30pm to tell them she had passed on.

Further findings from her siblings and the doctor’s confirmation revealed that Chinyere was brought to the hospital lifeless (practically dead). The doctor decided to do a cesarean session to try and save the baby but it was all in vain 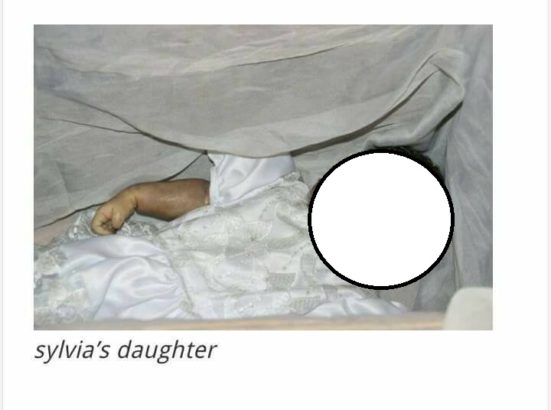 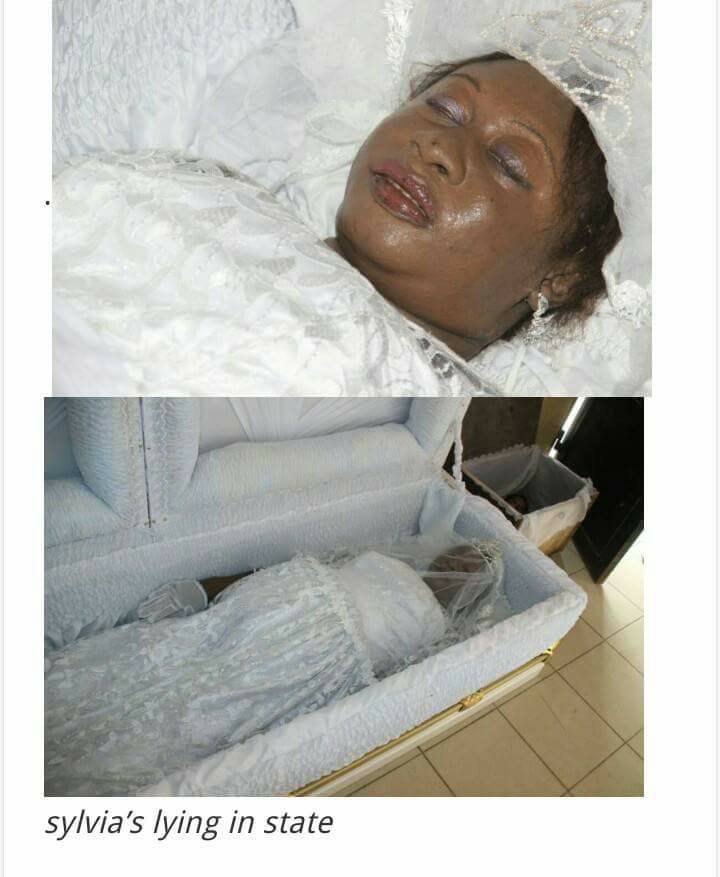 Chinyere’s sad story is one among millions of Nigerian women who fall victim to sexual and emotional predators because they want to be accepted by the society at large . They hide their ordeal from the very people that can rescue them. Their families. Women nowadays pretend that they are in happy marriages even when the obvious signs says otherwise. For how long will we keep up with this trend of pretending all is well when it obviously isn’t? Must we live a lie for societal acceptance? Let’s come together and say no to domestic violence and spousal abuse. There are many families like Chinyere’s who wish their children had remained single and lived with them instead of getting married and killed by their partners. Enough is enough!”

Pregnant Nigerian woman allegedly beaten to death by husband and buried with her baby was last modified: August 14th, 2017 by Reporter