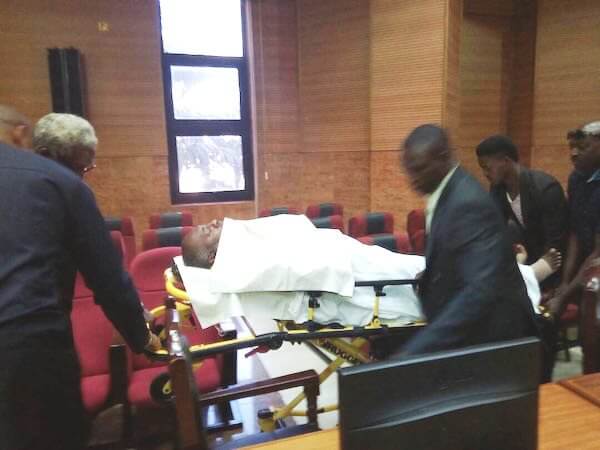 The Presidency has mocked Olisa Metuh, former National Publicity Secretary of the Peoples Democratic Party, PDP, for arriving an Abuja Federal High Court on a stretcher.

The presidential aide also mocked the former ruling party for claiming it is strong, hale and hearty during its convention.

Onochie made the remarks while sharing photographs of Metuh’s arrival in court in an ambulance and been carried to the court room on a stretcher.

“FRAUD TRIAL IN COURT: Weak, tired & bandaged to the neck on a stretcher & ambulance to complement the nollywood drama.”

Metuh, who is facing charges for allegedly collecting the sum of N400m from the Office of the National Security Adviser, ONSA, in 2015 appeared before the Justice Okon Abang-led Court on Monday on a stretcher.

I FIRST MET MY HUSBAND AS A...